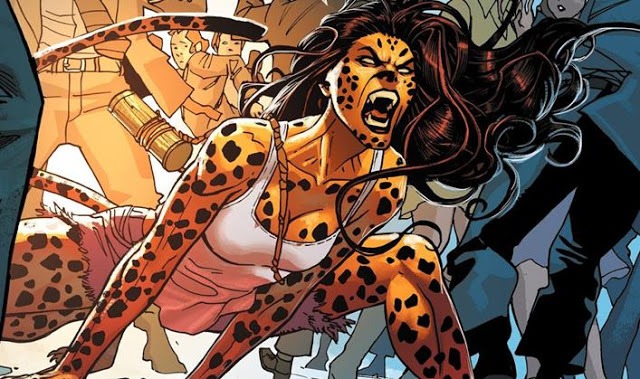 A leaked promotional image has found its way online, showing what Cheetah will possibly look like in “Wonder Woman 1984.”

A leaked promotional image has found its way online, showing what Cheetah will possibly look like in Wonder Woman 1984.

Following the release of the first Wonder Woman 1984 trailer, many fans still wanted to see Cheetah in her final form. Actress Kristen Wiig only appeared as a human in the trailer, and wasn’t featured as prominently as other the villain of the film, Maxwell Lord. Some speculated that maybe the character wouldn’t even take on a fully animal form, but the image below, leaked on social media, says otherwise.

Although it is not a full body shot, we can see Cheetah has indeed gotten her animal design. This rendition of the Wonder Woman villain still retains some of her human features though, specifically the nose and mouth., as well as slicked back blonde hair. The designers seemed to have found a way to portray Cheetah in animal form that also distinguishes her as Kristen Wiig.

Still, the image has surfaced through social media, and Warner Bros. has not commented on its validity. It looks official, but it would be best to take this leak with a grain of salt for now.