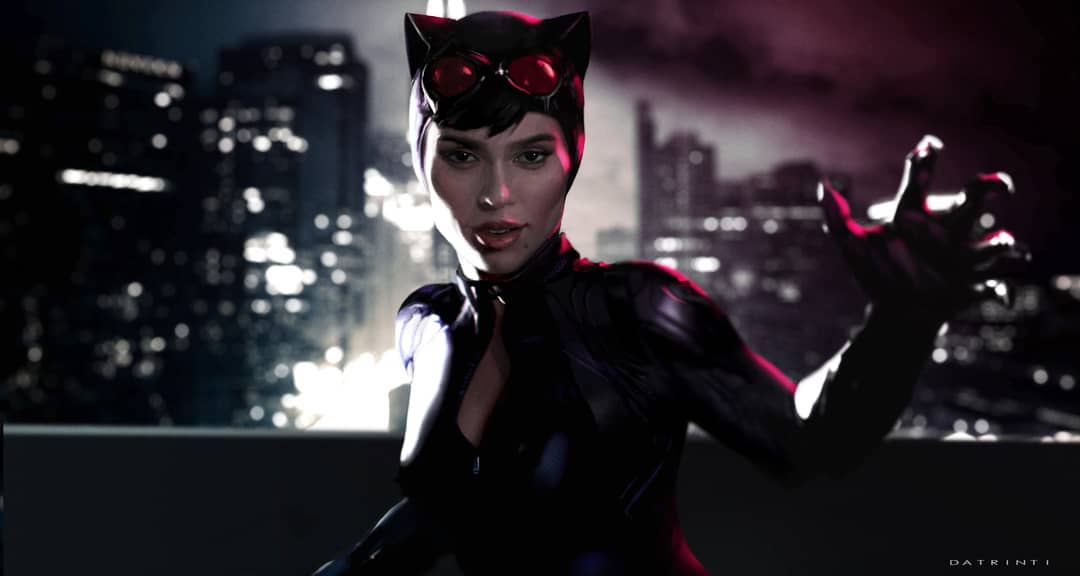 Datrinti strikes again, as he offers his own concept art of what Zoë Kravitz could look like as Gotham’s iconic cat burglar.

Datrinti strikes again! On Tuesday, the digital artist shared his own concept art of what Robert Pattinson could look like in the Batsuit, and how he’s done the same for the notorious Catwoman.

Once again, Datrinti offers an amazing take on a character from The Batman. The look is reminiscent of the Batman: The Telltale Series Catwoman, as it takes on a grounded design, while also staying true to the character’s portrayal in the comics. While we have seen parts of Robert Pattinson’s Batman suit, we have seen nothing of Zoë Kravitz’s outfit. The suit Datrinti envisioned could very well be close to what Matt Reeves is shooting for, as it seems he’s trying to capture the middle ground between modern aesthetic and comics-accurate depiction.

With Robert Pattinson’s Batsuit reveal on Vimeo earlier this month, Matt Reeves is just getting started. There’s a plethora of costumes to unveil, not just Catwoman’s; Paul Dano’s Riddler and Colin Farrell’s Penguin come to mind. One thing’s for sure—the buzz around this film has grown in the past week, and as we learn more of The Batman, excitement will continue to build. With awesome concept art like this, fans can only begin to imagine what the movie has in store.

The Batman hits theaters June 25, 2021, and will star Robert Pattinson as Batman and Zoë Kravitz as Catwoman, with Matt Reeves to direct. Make sure to check out Datrinti’s Instagram for more amazing, original art.