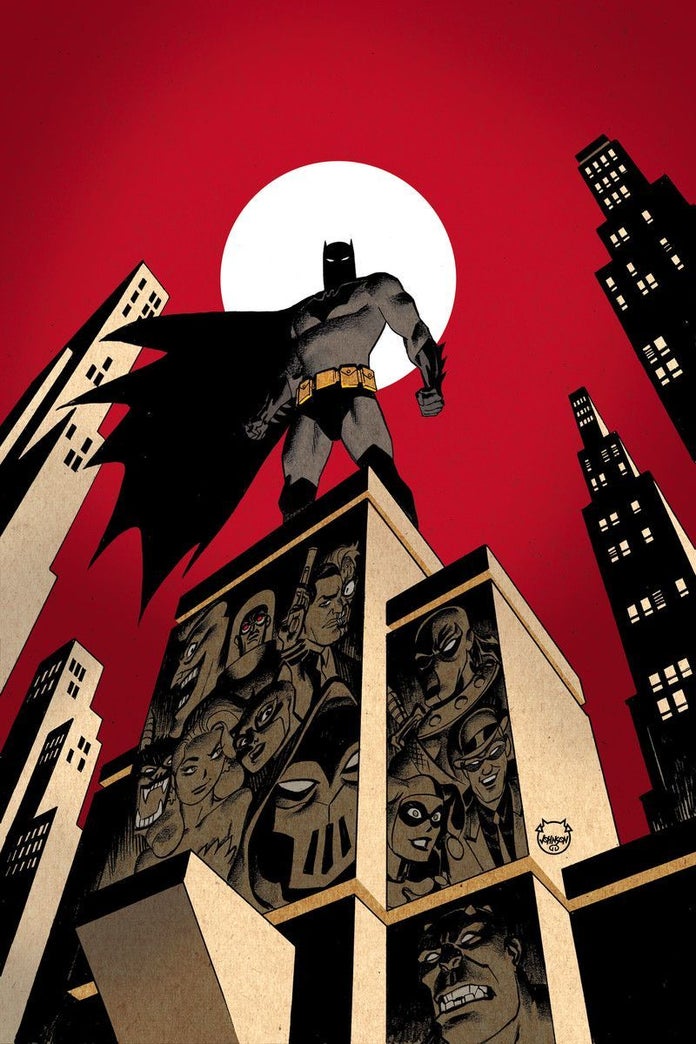 Where Batman:The Animated Series left off, the Adventure Continues…

For fans of the ever popular Batman: The Animated Series, ever wonder what happened between the end of BTAS and Batman Beyond? Sounds like we might find out in DC’s new six-issue comic book series from co-creators, Paul Dini and Bruce Timm.

“Fans familiar with the Batman of The New Batman/Superman Adventures will be right up to speed, … Alan and I approached the writing with the idea that we were doing the season you might have seen if we had not put the series aside to do Batman Beyond.”

Batman: The Adventure Continues will also reunite writer Alan Burnett and artist Ty Templeton. With 85 issues running from 1992-1995, BTAS helped spawn shows like Superman, Justice League, and Batman Beyond into what was known as the “DC Animated Universe”.

In addition to the usual suspects of the classic and iconic BTAS rouges, the comic book series will also introduce characters never seen during the animated series run. Characters like Jason Todd, Deathstroke, Azrael, and more. Dini also mentioned that they would be exploring more of the Bruce Wayne/Lex Luthor relationship as well.

The Adventure Continues begins with a giant robot breaking into Wayne Enterprises, stealing “an entire room from the laboratory”! Batman and Robin (Tim Drake) need to figure out who is controlling the robot and how to stop it…

“Tim Drake is still a very young Robin,” added Templeton.”Batman isn’t middle-aged or anything, and we’re not even close to the events of Batman Beyond.”

“What is different, however,” Burnett added, “is that we’re going back to cover certain gaps in the original series, events that didn’t have a bearing on the series at the time, but now do. In other words, there will be secret histories that will turn Batman’s world upside down. Things that no one knew were out there, until now.”

“Perhaps the most intriguing character in the run will be young man whose story threads through most of the issues,” teased Burnett. “He’s a smart, super-elusive loner who knows way too much about the Dark Knight. How this mystery man fits into the world of Batman Adventures and what he means to accomplish should, I hope, be a real jolt for old fans.”

The continuity will take place where BTAS left off and well before Batman Beyond begins. The comic book sequel to the animated series, Batman: The Adventure Continues #1 will be digitally available in April and hit comic book stores on May 6th, 2020.

1 thought on “‘Batman: The Adventure Continues’ Where the Animated Series Left off”