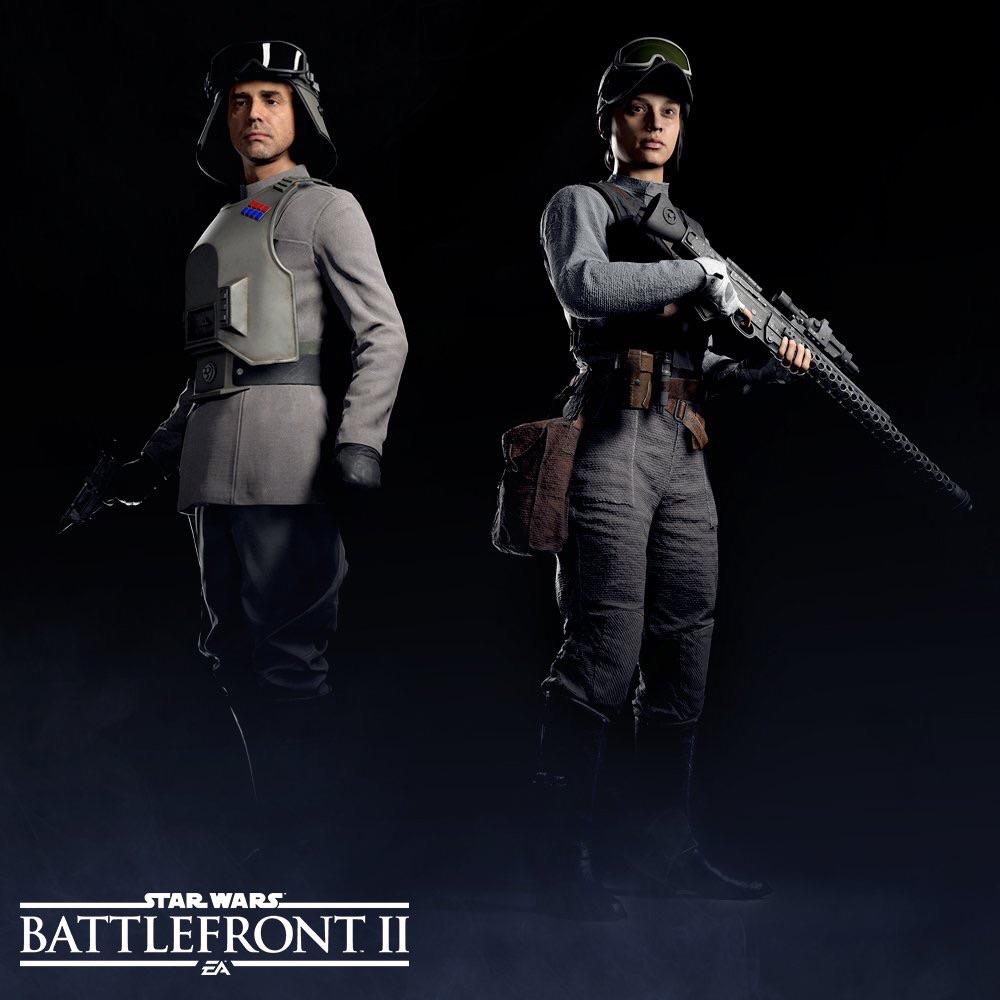 Around 10 am EST, Dice released a community transmission detailing what will come in Battlefront 2‘s most recent update titled, “Age of Rebellion.” The transmission goes into detail about new reinforcements, hero changes, new locations coming to the co-op game mode, and lastly, new weapons!

The first reinforcement to be discussed will be the dangerous, but cute creature from Endor, the Ewok hunter.

Now, this is not the first time the Ewok will be playable in the game. The creature has been playable before in the game mode “Ewok Hunt.” Now, the character can be played on all original trilogy maps with his trusty bow and arrow by his side with three abilities. First ability is his valiant horn. The horn allows the Ewok to improve its attacks and damage resistance. The consequence to that is that the Ewok will constantly be shown on the enemies’ radars. The second ability will be Wisties pouch, which is an ability that allows the Ewok to throw a pouch of Wistie fairies at enemies, causing fire damage to them over time. The Ewok’s last ability, “Hunters Instinct,” will allow the Ewok to uncover and single out weakened enemies.

Now, with the rebellion gaining the Ewok as an ally, what does the Empire get? Well there’s no need to worry as the Empire receives an ISB agent to help even out the odds.

We first heard the use of term ISB agent used during the tv show Star Wars: Rebels. This ISB agent will be joining the battlefield with her duel wielded RK-3 blaster pistols and a few abilities of her own. Her first ability will be “Assault Training,” which increases the agent’s speed and gains a bit of damage reduction. Her second ability is “Imperial Initial,” which scans the area revealing the 4 closest enemies, with more revealed with each defeated, with a total of 10 that can be shown. Her last ability, “Double Your Effort,” regenerates the base health of close allies.

Co-op will be receiving the following Original Trilogy maps: Hoth, Kessel, Endor, Death Star 2, Yavin, Jabba’s Palace, and Tatooine. Along with that, capital ship interiors will be joining, which is a great addition to the mode because those maps are some of the best in the game, especially the First Order Star Destroyer.

But now let’s talk about some Hero changes. Big hero changes are coming for Leia and Chewbacca, (mostly Leia because hers has been talked about for awhile now). Leia’s flash grenade will be changed to her throwing down three thermal detonators to explode after 0.85 seconds, her E-11 ability getting a buff, and her shield health being increased. On the other hand, Chewbacca’s bowcaster will be getting a change to be more efficient on the battlefield, fixing things such as the bowcaster’s aim.

That’s not all of the hero changes but you can check all the other smaller hero changes in the community transmission that I will leave a link to down below.

Now, I can’t finish this article without taking about the new weapons coming to the game! Yes, I know, weapons, finally. If you’re a long term Battlefront 2 fan like me, you know we’ve been playing with the same old weapons for the past 2 years! Feels good to finally receive new ones and hopefully more to come along the way. Now all of these weapons will be earned through milestones by playing co-op.

The first weapon, the E-11D, will be for the assault class with three modifications unlocked through playing with the weapon, including the flashlight, reduced recoil, and single fire mode.

Next is the DL-18 for the officer class also, coming with mods earned through play. The mods include improved cooling, reduced spread, and repeating mode.

Thirdly, the T-21 blaster for the heavy class with mods including improved zoom, improved handling, and burst mode.

And lastly, the cycler rifle will be for the specialist class and come with mods through play. The mods will be dual zoom, reduced recoil, and improved cooling.

With all the big changes coming to battlefront 2, I can not wait to play it with all those beautiful new weapons. For all the other details revealed in the community transmission, click here. Thanks for reading and come back to The Cultured Nerd for updates and breaking news on all things pop culture.