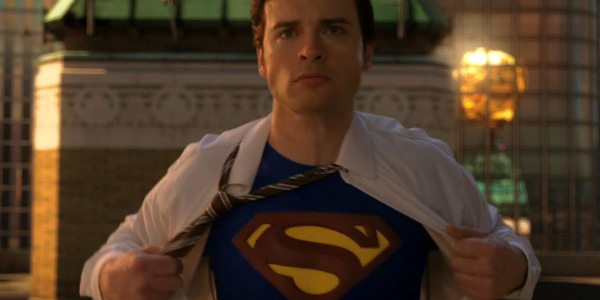 Following that brief cameo this past December, fans have been clamoring for a Smallville reunion, and now it seems the previously inactive Smallville Twitter account has returned to life.

Smallville is one of those shows that holds a special place in its heart for a lot of fans. When it first debuted in 2001 it was considered a fresh take on the Superman Mythos and following its final episode in 2011 it is still considered one of the best comic book shows to ever exist on basic cable.

When the show ended in 2011 the network first optioned to have their in-universe Green Arrow (played by This is Us Star Justin Hartley) continue as a spin-off but for whatever reason those plans fell through and subsequently gave birth to Arrow and the “Arrow-verse” as we know it today. And it was in the recent ‘Crisis On Infinite Earths‘ crossover event that Smallville fans got to see Tom Welling and Erica Durance reprise their roles as Clark Kent and Lois Lane for a brief cameo.

Following that brief cameo this past December, fans have been clamoring for a Smallville reunion, and now it seems the official Smallville Twitter, which has been almost completely inactive since the series finale (with the exception of the Crisis cameo announcement), has come alive.

Following that initial tweet from last night the account has seemingly posted new clips and quotes almost everyone 1-2 hours since then, with each clip and quote is referencing themes of honor, duty, and hope, and it seems very elaborate to just be nothing, leading many fans to believe that the newly activated account is leading to something.

So what do you think is happening? A new Smallville comic? A reunion special? or maybe the long asked for sequel show? At this point it could be either something truly amazing or nothing at all, but at the very least its filling fans with hope, which is the most ‘Superman‘ thing they could do.