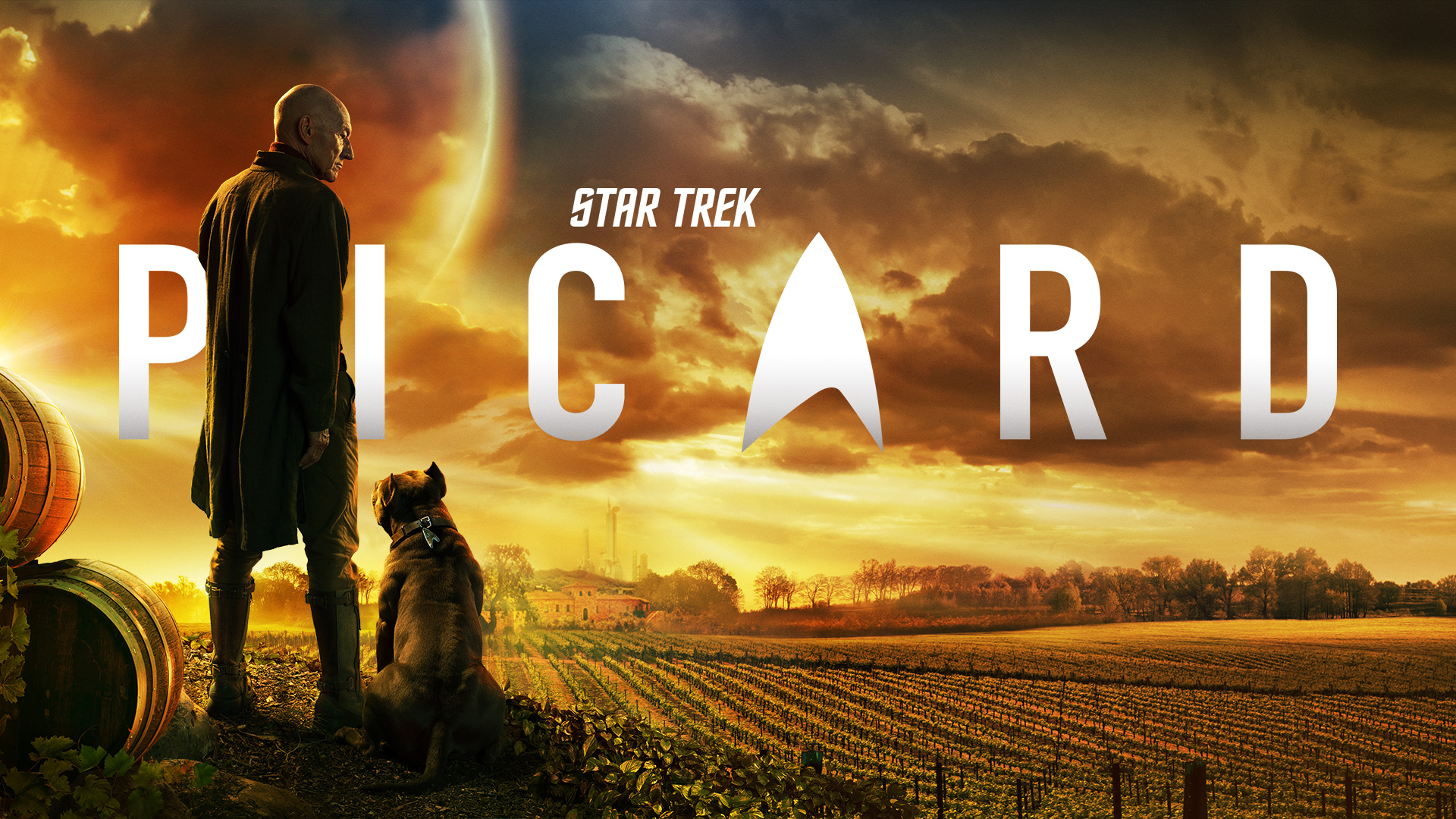 Star Trek: Picard gives us a look at the life of the captain of the Enterprise 20 years on. A lot has changed.

SPOILER WARNING: IF YOU DO NOT WANT TO KNOW ABOUT THIS SHOW YET, DO NOT READ ANY FURTHER.

Star Trek: Picard is the much anticipated follow up to Star Trek: The Next Generation, the series was created by Alex Kurtzman and debuted on CBS All Access on January 23rd, 2020. It is set 20 years after the end of Star Trek: Nemesis and deals with a broken Jean-Luc Picard as he feels betrayed by the actions of Starfleet years before.

The series begins with scenes of deep space; colourful and relaxing. In the background Blue Skies by Irving Berlin plays, echoing the end of Star Trek: Nemesis; instilling a desire to know more about what happened in the intervening years.

As the camera pans across the stellar nurseries and nebluae, the Enterprise D enters the screen and the camera zooms in to show us Data and Picard sat alone playing Poker in Ten-Forward. Data is dressed in his Starfleet uniform from Nemesis and Picard is in his civilian clothes. Picard’s dreams are haunted by Data, the guilt he feels is clearly on display after the events that led up to Data giving his life to save Picard’s.

Picard’s life is a far cry from how we saw it in The Next Generation – he lives at Chateau Picard and retired from Starfleet. He is a broken man, the years since leaving Starfleet have not been kind to him. It is during this time that we are introduced to Jean-Luc’s helpers – two Romulans, people he has helped after the destruction of Romulus.

We learn that, in an interview with a news outlet, all synthetic life has been outlawed from being created, and any synthetic life that had already been created up until the point of this change has been dismantled. It is revealed that synthetic life forms are responsible for a massive loss of life on Mars after the destruction of Romulus. Picard is furious with Starfleet and believes that they slunk from their responsibilities by allowing millions of lives to perish whilst using the Mars attack as an excuse to withdraw from the evacuation.

The episode’s main character, besides Picard, is Dahj. She is an intelligent person, having been accepted into the Daystrom Institute, but beyond that is a seemingly normal woman who is unexpectedly attacked by masked intruders; they kill her boyfriend, and in the attempt to capture her something activates inside her mind and she is able to kill them with ease. After the attack she sees visions of Picard and is motivated by an urge she cannot control to seek him out.

After meeting a disheveled and injured Dahj, another dream of Data haunts Picard. He is on the grounds of the vineyard, painting on a canvas and offers Picard the opportunity to finish the picture. Picard responds that he doesn’t know how, and after waking up, realises that the painting is one of two gifted to him by Data 30 years beforehand. One is hanging on a wall in his house and the other has been locked up in quantum stasis in the Starfleet Archives. The painting is entitled ‘Daughter’ and contains the image of Dahj. Picard reveals to Dahj that he believes her to be Data’s daughter, and that she means more to him than she could ever know.

After another attack at the Starfleet Archives, it is revealed that the assasins are Romulan, and they are after Dahj because they are aware that she is an android. She is killed in an explosion caused by an overloading disrupter and Picard is thrown free and knocked unconscious.

Picard awakens in his house to the realisation that since he left Starfleet in protest, he has been doing nothing more than merely waiting to die, and that until now he has had no mission and that he owes it to Dahj to find out who killed her and why. He makes his way to the Daystrom Institute and discovers that Bruce Maddox (TNG – “Measure of a Man“) managed to replicate Data’s positronic net and create new synthetic life. The new androids are created in pairs, and so he must find Dahj’s sister, whose name is Soji Asher. She works aboard a Borg Cube, reclaimed by Romulans. She meets a seemingly emotionally damaged Romulan who may or may not have an agenda of his own.

The episode is a tribute to The Next Generation, whilst forging a new path for the franchise, giving us a look at a future that is not necessarily as bright as one might expect after the events of series and films past.

Patrick Stewart is outstanding as Picard; it is a true reunion to the character for him, an excellent portrayal of a man tormented by his memories, and the actions a once respectable and principled organisation.

Isa Briones as Dahj is superb. She shows true believablilty as someone who has lost everything, and is confused by everthing that is happening to her.

Brent Spiner is as much Data now as he was in The Next Generation. Excellent as always. His mannerisms, movements and speech patterns are exactly what you would expect. The technology used to de-age Spiner is good, but it does not seem to be on the same level as the same technology seen used in films such as The Irishman, along with the films of the Marvel Cinematic Universe such as Captain Marvel and Guardians of the Galaxy Volume 2. It is easy to get past, but initially puts the image of Data squarely in the uncanny valley.

The video below is the trailer for what is to come in the forthcoming episodes:

Overall: 4.5 / 5. The episode was near perfect, but just needed that little extra touch with the technology used for de-aging Brent Spiner.