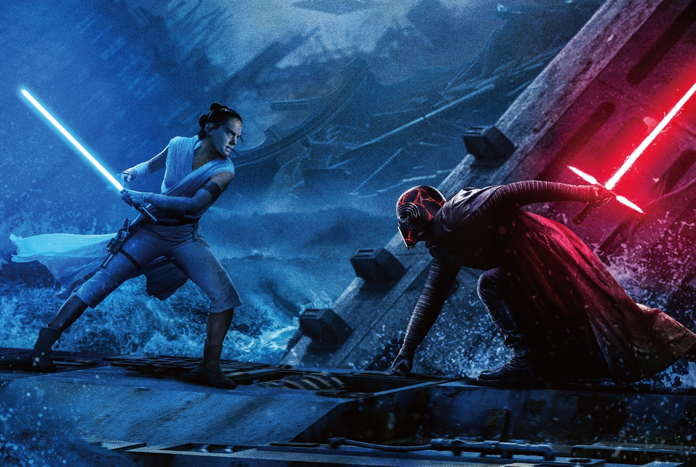 Details from original episode IX director Colin Treverrow’s film, Duel of the Fates, have made their way online. Leaked via Reddit, the plot points suggest a wildly different conclusion to the Skywalker Saga than what we saw in The Rise of Skywalker.

While the Reddit leak did not make the script for available for everyone, the major plot points were made known. The premise of the film is that the First Order has seized total dominion over the galaxy. Kylo Ren has silenced communication among the planets, and remains the central antagonist. Since this script was written before the passing of Carrie Fisher, she plays a large role in the film, as she plans a “secret mission” to take down the First Order.

The film goes on to continue what Rian Johnson set up in The Last Jedi for the characters of Rey and Kylo. There is no big reveal that Rey really is related to anyone in the Star Wars mythos, and Kylo’s insistence that she comes from “nobodies” is confirmed. Leia tells Rey, “You’re not like my father or my brother. You’re new. Whatever happens, remember the force choose you Rey. Your story isn’t written by anyone else.”

Kylo Ren’s arc is also much different in Duel of the Fates than in The Rise of Skywalker. This version of Kylo does not get redeemed, and, though he is conflicted, remains a villain until the end. It is revealed that at some point in the film, Kylo is deformed again, as Beskar steel is smelted into his face. There is a huge twist that is unveiled near the end of the film, in which Rey learns Kylo was the one who killed her parents, as he was sent to do so Snoke.

Luke also features prominently in the film, as he haunts both Rey and Kylo. He appears to Rey as she continues her training as a Jedi, plagued with self-doubt after learning of her lineage. Luke also attempts to bring Kylo back to the light, which he dismisses. In the finale of the film, Rey and Kylo fight after she learns of his murder of her parents, with the force ghosts of Luke, Obi-Wan, and Yoda trying to save Kylo from the dark side, in vain. In the end, Kylo dies a Sith, which would have been a controversial conclusion.

On the side, there is also the Resistance and their plan to topple the First Order. The film sees Finn, Rose, R2-D2 and C-3PO going on a mission, and Rey, Poe, and Chewbacca going on another. Finn incites an uprising of citizens around the First Order citadel on Coruscant, and Leia asks Lando if he would organize “the smugglers” to help fight the First Order. Rey even takes on (and defeats) the Knights of Ren.

Lastly, the Emperor is not involved in the plot as heavily as he is in The Rise of Skywalker; he simply appears in a hologram from a Sith Holocron that Kylo comes across. The message describes backup plans for Vader to take Luke to the Remnicore system to see Tor Valum, master of the Sith and Palpatine’s teacher, should Luke kill the Emperor.

The difference between Duel of the Fates and The Rise of Skywalker is a jarring one, with the two distinctly dissimilar. It would have definitely been interesting to see Trevorrow’s film adapted, as he followed Johnson’s ideas and developed them, but sadly, we will never know how this film would have turned out.