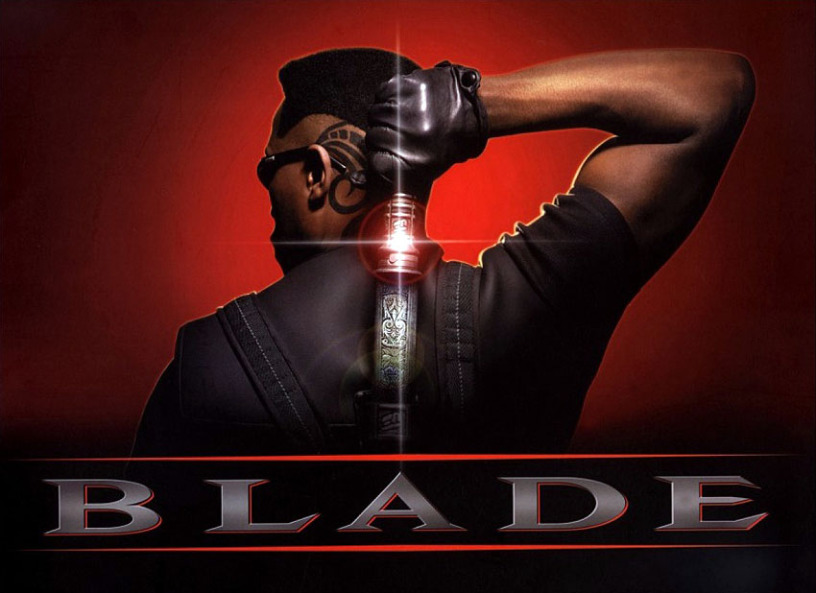 In 1998, my entire family (mom, dad, sister, myself, and my little two brothers), went to see Blade opening night in the theater. And arguably, that was the night the modern comic book movie era started. Full disclosure, I have a tattoo from the vampire house of Mexico, so you might say I like the Blade movies. So, when the rumors of trouble during the productions of Blade: Trinity started to surface I saw the writing on the wall and like many, figured we have seen the last of Wesley Snipes as the Daywalker.  But over the years a short-lived rumor would appear about a new project, but it would be gone just as quick. So, 15 years later when Kevin Feige brought Mahershala Ali out on the main stage at Comic Con, I and many others were genially shocked when Ali put on that ‘Blade’ hat and the Marvel Studios Blade logo splashed across the screen.  After all, Marvel Studios had just announced 11 projects for Phase 4 and some hints at Phase 5 of the MCU.

After about 10 minutes of fanboying over Ali, I thought, ‘oh, what about Snipes?’ And to no one’s surprise, Wesley Snipes did make a short announcement. The only surprise was that it was a welcoming one.

In a statement released to Comicbook.com, Snipes said:

“To all the DAYWALKERS losing their minds right now, chillaaxx. Although the news comes as a surprise, it’s ALL GOOD. Such is the ‘business’ of ‘entertainment!’ Much peace to the MCU crew – always a fan. Honor and respect to the grandmaster Stan. Congratulations and Salaam to Mahershala Ali, a beautiful and talented artist whose expressions I look forward to experiencing for many years to come. Inshallah, we will someday work together. Most importantly to my loyal fans, the incredible outpouring of love is overwhelming. I am grateful for the never-ending support. So, ‘nah fret nah worry, it’s not de end of de story.’ Welcome to the Daywalker Klique.”

Feige provided the clarification that it was Ali that came to them with the desire to do Blade, not Marvel Studios going after Ali.

“We are huge fans of his. He wanted to come in and meet soon after he won his second Academy Award — which was an honor. And within 10 minutes, he basically was like, ‘What’s happening with ‘Blade’? I want to do it.’ And we went, that’s what happening with ‘Blade.’ Let’s do it.”

Many had expected some of the harsher statements Wesley is known for, and after a few months of occasionally brushing off questions about Blade and reboot being done without him, Snipes finally commented on it in a supportive tone. During a press junket for “Dolomite is my Name”, a new Netflix movie which he co-stars with Eddie Murphy, Wesley had this to say:

“People are very, very sneaky. They try to make it about the actors. And it’s not about me and him.” This is a welcome change to the selfish tone that he become synonymous for. And even when he shows that bravado of his, it’s still in a newer playful tone. He goes on to say: “Flattery — what do they say? Imitation is the best form of flattery. Yeah. So you know, it’s something that he has acknowledged he wanted to do, and his family wanted him to do it. So I’m appreciative of getting the love — and I’ve created something that others want to carry on, and maybe put their own stamp on it. I as an artist — I don’t stay in one spot. I’m constantly pushing the envelope of my creativity. So we did that. That’s all great. But we got something else that we going to rock. Yeah we’re going to put ‘Blade’ — really, we ain’t worried about it at all,” he said. “So all of that stuff that you saw in the ‘Blade’ franchise, we got something that’s going to come out that — I think people will be pleasantly — pleasantly pleased.”

So as a fan of this comic, the original trilogy, and Wesley Snipes, I want to see what he does next, and I welcome the new blood tasked to take on the role of the Daywalker for the MCU. Side note, in season 1, episode 7 of What We Do in the Shadows, Snipes does show he can laugh about his time as Blade when he cameos on the ‘Vampire Council’ as the Daywalker making a Skype call.