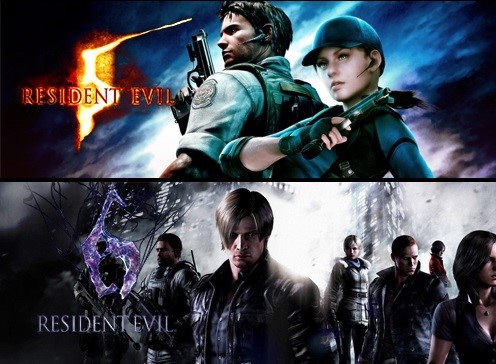 Capcom has quietly rolled out playable demos of their smash survival horror hits, Resident Evil 5 & Resident Evil 6, onto the Australian Nintendo eShop ahead of its release later this month. Long-time Nintendo loyalists can get a small taste of some of the horrors they’ve been missing out on since the GameCube era and heading to their preferred console/handheld sooner than later.

Other territories are expected to receive their own Resident Evil 5 & 6 playable demos sooner than later (or you can create an Australian eShop account and download now!). The Nintendo Switch release of Resident Evil 5 will feature single player, online and local co-op, No Mercy & Versus Modes, four additional character costumes and all the downloadable content found in the previous PS3 & Xbox 360 iterations. The game will also feature “The Mercenaries United”, which unifies both “The Mercenaries” and “The Mercenaries Reunion,” where up to four survivors can team-up to escape the clock and hordes of undead creatures found throughout the game.

The Switch edition of Resident Evil 6 will feature single player and Online/Local Co-op and will also feature two additional costumes for each character and all the previously released DLC from iterations past as well. An included “Survivor” mode which six players duel again one another in a free-for-all versus match. The games will run for $29.99 each or you can also purchase a retail “Resident Evil Triple Pack” bundle that features complete versions Resident Evil 4, 5 & 6. Please note, however, that RE4 will be found on the Switch cart itself within the triple pack, while RE 5 & 6 will be digital releases and require additional content downloads from the eShop. Gamers that have purchased Resident Evil 0, RE: HD Remake &/or RE4 will receive a 33% discount when purchasing RE5 or 6 digitally from the eShop.

Both the retail edition of the “Resident Evil Triple Pack” bundle and the digital versions of Resident Evil 5 & 6 will launch on October 29th in North America.