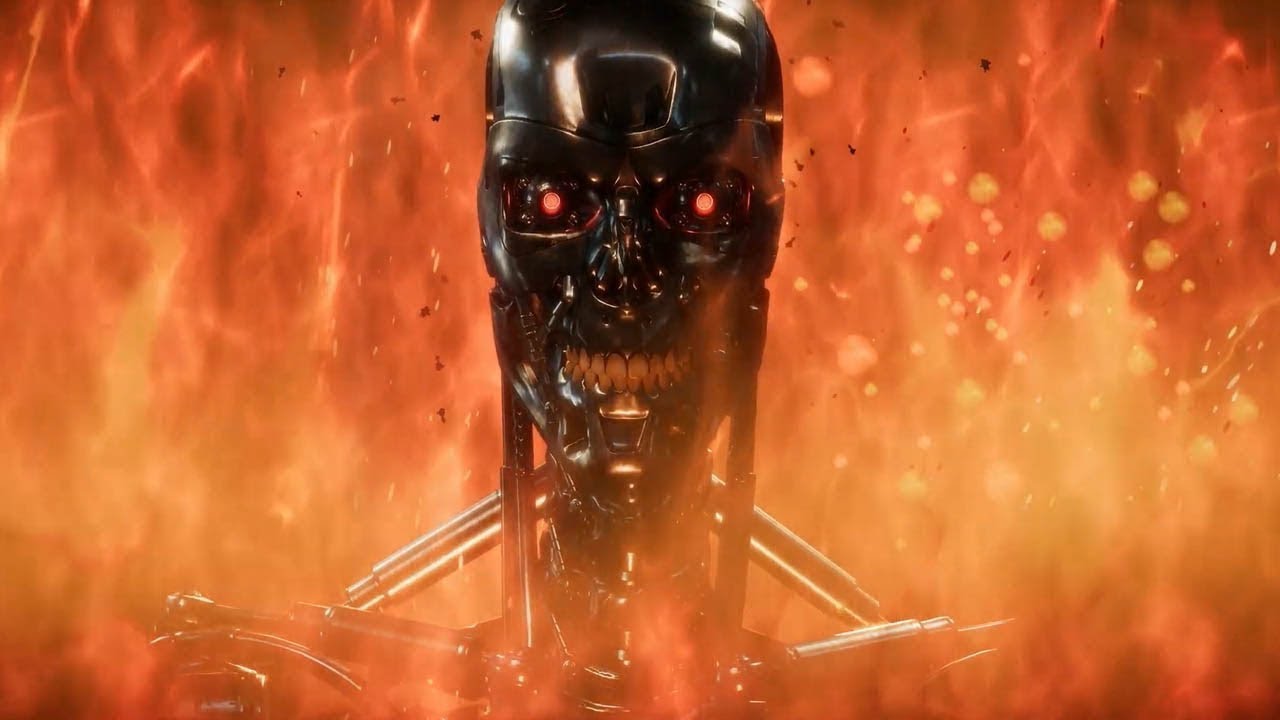 In our first official glimpse of character gameplay shown, The T-800, shown below in the trailer, is modeled after Arnold Schwarzenegger’s likeliness and is seemingly pulled straight out from the upcoming film “Terminator: Dark Fate”. During the footage, the T-800 is seen adapting a brawler/ grappler style (not unlike Jax and equally as brutal), with his own shotgun and grenades as special move projectiles that can used during a match to gain the advantage. A cool little feature worth mentioning is that when the T-800 comes into contact w/ any “fire” projectile abilities, then his “living tissue” burns away to reveal his metal endoskeleton as the fight continues. This form also seems less vulnerable to certain weaker attacks, at first glance.

The real money shot of the trailer, however, is a revealed “fatality’ for the T-800, which involves blowing off your opponent’s knees w/ your shotgun before sending them into the future, smack dab in the middle of the Judgment Day War and is finished by surrounding Terminator cyborgs. Really awesome stuff!

One glaring omission from the trailer, however, is the absence of Schwarzenegger’s voice. Due to time constraints related to promoting Dark Fate, he was unable to record overdubs for the game. While the actor who fills in for Arnold has not been revealed at the time of this post, it had been disclosed that Mr. Schwarzenegger DID pick his own voice replacement.

The playable T-800 Terminator DLC character will be available to early access MK11 Kombat Pass holders on October 6th, along with alternate skins for Sony Blade, Johnny Cage & Kano (Kano dons DC Comics’ Cyborg outfit from Injustice), as well as an alternate “Harley Quinn” themed outfit for Cassie Cage. The Kombat Pass also allows access to DLC Characters Shang Tsung, Nightwolf, Sindel, The Joker and Image Comics character, Spawn. A free playable trial for Mortal Kombat 11 will be available on Xbox One & PS4 during the weekend of October 11th until the 14th. Players will be able to play the entire base roster of selectable characters, as well all online multiplayer functions, a decent chuck of the story mode and a “preview” of select Kombat Pass characters.