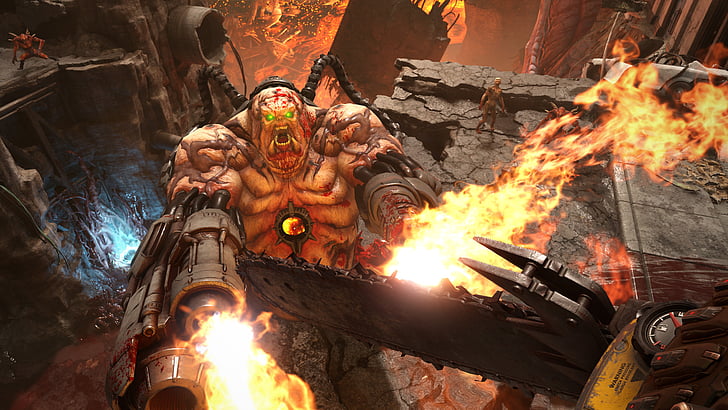 Fans looking to “shotgun and run” their way through the latest iteration of the ever-popular first person franchise this holiday season will have to wait a little bit long to explore the depths of Hell: Doom Eternal has been delayed until the first quarter of 2020.

Earlier this morning, Doom franchise-long developer Id Software and publisher Bethesda both confirmed this morning that the upcoming Doom Eternal video game slated for release on PlayStation 4, Xbox One, Nintendo Switch & PC has been delayed out of the Holiday 2019 season, as was originally planned and is now scheduled to launch on March 20th, 2020.

In a public statement given today by the developer, the delay was issued to offer the development team more time to carefully craft the sequel and give it the love it deserves rather than shoveling out a “rush job” just to crunch and make it on shelves this holiday season.

“To make sure we’re delivering the best experience – for Doom Eternal to live up to our standards of speed and polish – we’ve made the decision to extend our launch date by a few months to March 20th, 2020. We know many fans will be disappointed by this delay, but we are confident that Doom Eternal will deliver a gaming experience that is worth the wait.”

In addition to the release date swap, they also announced a few other announcements related to the Doom Eternal & the upcoming Doom 64 port. Doom Eternal will feature an Invasion mode which allows players to enter another friend or rival player’s game as a playable demon and will release as a free update shortly after the game launches. The Nintendo Switch version of Doom Eternal will also see it’s launch delayed as well. Although a date was not given at the time of this posting, it was noted that the Switch edition will launch shortly after the PS4, Xbox One & PC iterations.