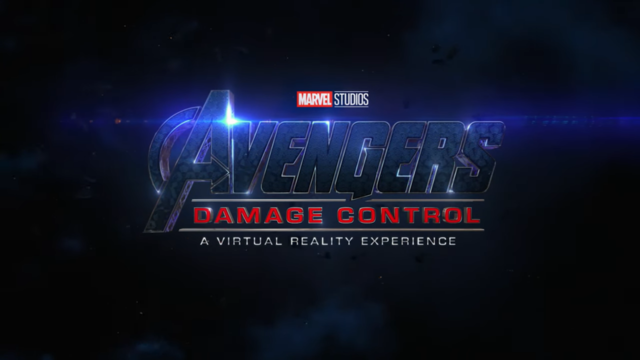 Avengers: Damage Control allows you to step into the MCU with The VOID Virtual Reality Experience.

The MCU has been growing for 11 years and has 23 films under its belt. Soon, the next stage for Marvel’s heroes is on the small screen with the streaming platform Disney+, and are also reaching out into the world of VR with Avengers: Damage Control.

The Avengers VR Experience is expanding the MCU in new and interesting ways – with the release of a new trailer from Marvel Studios and ILMxLAB showing two suits of Iron Man armour seemingly developed using Wakandan technology by Black Panther’s Shuri (Letitia Wright), who tells fans that “Wakanda is looking for the most qualified recruits to test [her] latest prototype design”

Kevin Feige shared his thoughts on the newly released trailer:

“We’re always looking for new stories and corners of the universe for our characters to explore. Now, after more than a decade of amazing support, we are excited to give fans the same opportunity: to be a part of the Marvel Cinematic Universe. Expanding how people can experience the MCU is something we’re always trying to do, and in Avengers: Damage Control, we wanted to give fans the chance to suit up alongside some their favourite heroes for the first time ever”

Not much is yet known about the story, but we do know that the game will allow you to “Fight alongside some of your favourite Avengers like Doctor Strange, Wasp, Ant-Man, and more in a race to protect the world.”

The VOID official website states the story of the VR experience as:

Assemble alongside Earth’s Mightiest Heroes in Avengers: Damage Control, an all-new virtual reality adventure from Marvel Studios and ILMxLAB. Shuri has recruited your team of four to test her latest prototype design, a powerful new suit that combines Wakandan and Stark Industries technologies. When a familiar enemy from the Avengers’ past seeks to steal the technology for themselves, your team must stop them before they unleash an oppressive new age upon the planet. Fight alongside some of your favourite Avengers like Doctor Strange, Wasp, Ant-Man, and more in a race to protect the world. Suit up, step in, and save the world in the ultimate Marvel Studios immersive experience. Available exclusively for a limited time at The VOID.

The Avengers: Damage Control VR Experience will begin on October 18, 2019 at select locations at The Void, including New York City, Atlanta, Santa Monica, and Downtown Disney District in Anaheim, CA. Tickets are available for sale.