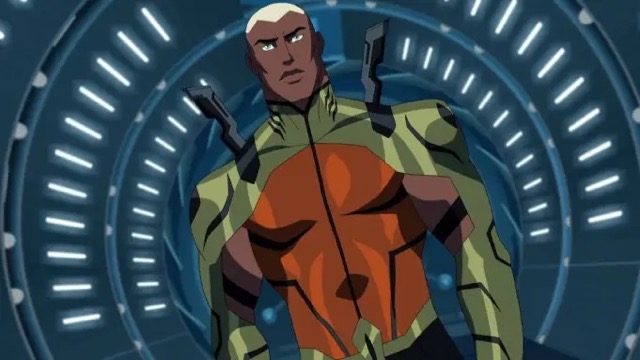 The Young Justice star offers fans a deep dive into his past with his own new series.

According to Variety, the water warrior is about to jet off independently in his own series on HBO Max.

The show will be based off of DC Comics‘s YA graphic novel You Brought Me The Ocean by Alex Sanchez and Jul Maroh. Story wise, the live action series will tell the origin story of Jackson “Jake” Hyde, a gay teen living in New Mexico who always had always been drawn to the water and strongly desires to escape the desert environment he has grown accustomed to. As he learns and hones his aquatic powers, he also finds himself falling for the captain of his high school’s swim team, Kenny Liu. Mad Max star Charlize Theron will be producing the project. Writing teams, director, and the like have not been announced at this time.

In the meantime, fans of Aqualad can catch him on Young Justice, which is currently streaming on HBO Max, and in the titular comics which are connected to the show. For season four subtitled as Phantoms, fans can rest assured that they will be able to find him in there as well, since DC Comics has also announced that they will be continuing the show’s comic books, with the Phantoms tie-in, Young Justice: Targets.