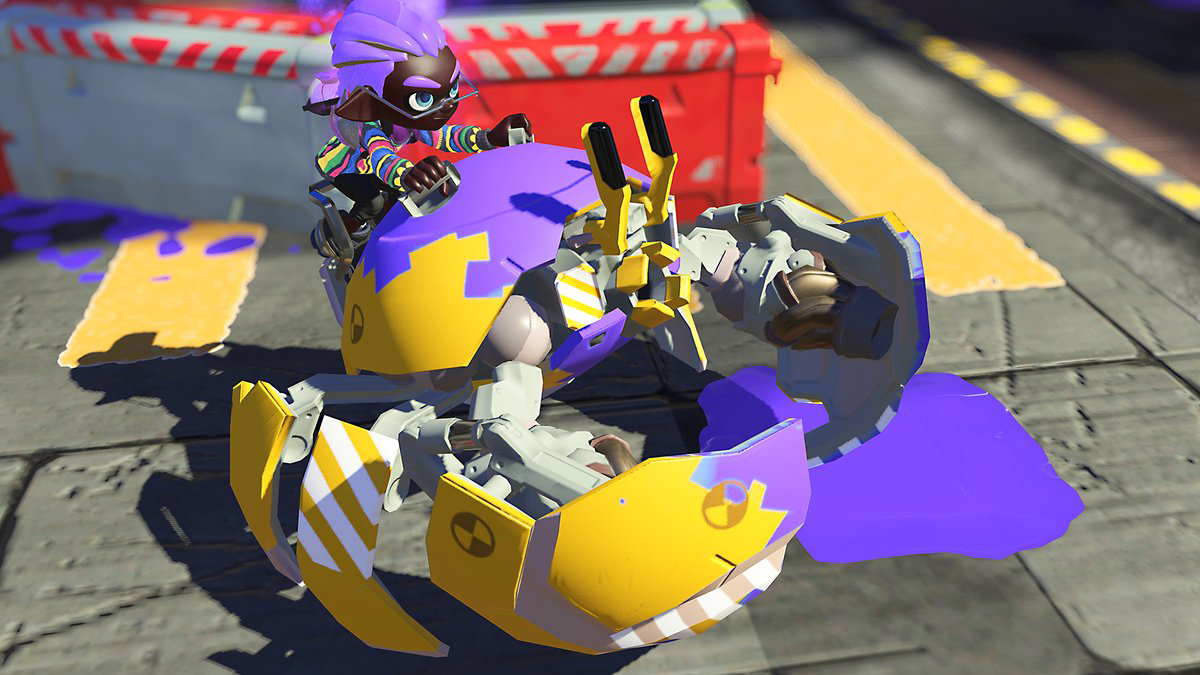 The Squid Research Lab shares more in depth detail behind some of the most exciting new special weapons players will get to use.

Nintendo of America has shared additional images and details of Splatoon 3, particularly highlighting the new special weapons that were seen in their latest Nintendo Direct.

In a very small thread of tweets, the company has attached additional screenshots of the two special weapons. The first being the Crab Tank, a mecha crustacean that can contract into a ball and roll the player up walls, and crab walk to slightly adjust the player’s position before firing a shot from its powerful cannon.

The second weapon, which gives players (especially those who adore donning the ninja squid gear ability) the ability to be a stealthy Spider-Man like ninja, is the Zipcaster. This weapon is a grappling hook that lets the inkling or octoling’s tentacles stretch out incredibly far and transport them to great distances in sneaky, stealthy fashion. Also, in terms of fashion, the inkling or octoling will be oozing in a fresh ninja warrior outfit while using the Zipcaster. Once the usage of the weapon is over, the user will return to where they spawned the weapon, just like the Inkjet does in Splatoon 2.

Despite the release date not being very specific, let alone a release window, all fans know is that great things are going to come in 2022, and that Splatoon 3 is surely going to be worth the wait. Splatoon 3 will launch exclusively on the Nintendo Switch next year.