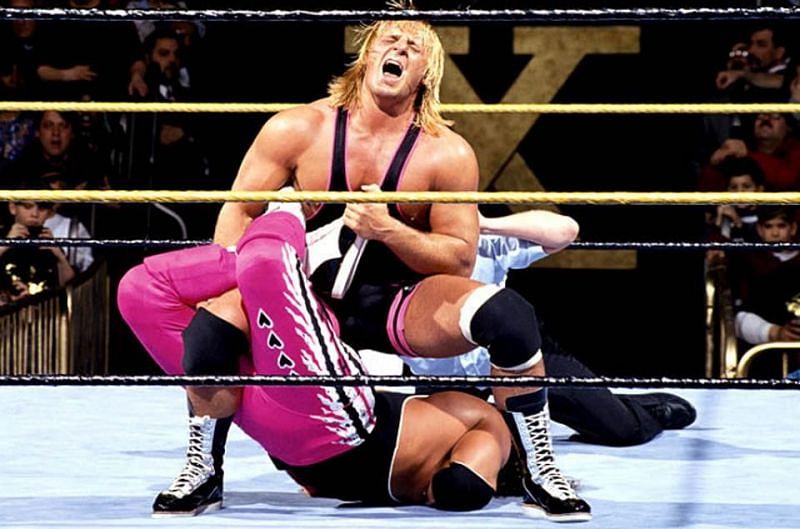 The wrestling promotion teams up with OHF to honor the legacy of the late legend, Owen Hart.

The Owen Hart Foundation (OHF) has entered into a relationship with All Elite Wrestling (AEW) in honor of the late wrestling legend, Owen Hart. The foundation is led by Hart’s wife, Dr. Martha Hart, as it aims to provide aid to at-risk communities globally in the form of scholarships, housing, food drives, and more. The collaboration with the wrestling promotion includes a new annual tournament, dubbed The Owen Hart Cup, the winner of which will be crowned “The Owen” for the year. The deal also includes merchandising opportunities such as action figures, courtesy of Jazwares, collectibles, apparel, and in the AEW console game that is presently under development.

The statement released by AEW reads –

AEW’s relationship with the Hart family dates back to our inaugural pay-per-view event, Double or Nothing in 2019, and Owen’s influence is still felt today. To extend his memory and his legacy even further through this agreement is a powerful and meaningful moment for the entire wrestling community.

Tony Khan (CEO, GM and Head of Creative of AEW)

Owen Hart had worked with a number of promotions including New Japan Pro Wrestling (NJPW) and the now-defunct World Championship Wrestling (WCW) but received the most success with the World Wrestling Federation (WWF). During his run with the WWF, Hart held the Intercontinental Title twice, the European Championship once, and the WWF World Tag Team Championship four times. He also won the WWF King of the Ring tournament in 1994. Unfortunately, Owen Hart died on May 23, 1999, owing to injuries from malfunctioning equipment during a wrestling entrance. The OHF was founded by Dr. Hart in December 2000 in Owen Hart’s honor. For a list of achievements, and signature programs offered by the foundation please check here. Speaking on the partnership with AEW, Dr. Hart has conveyed that she is extremely pleased with the promotion and that she trusts Tony Khan and his team to do a brilliant job with the OHF.