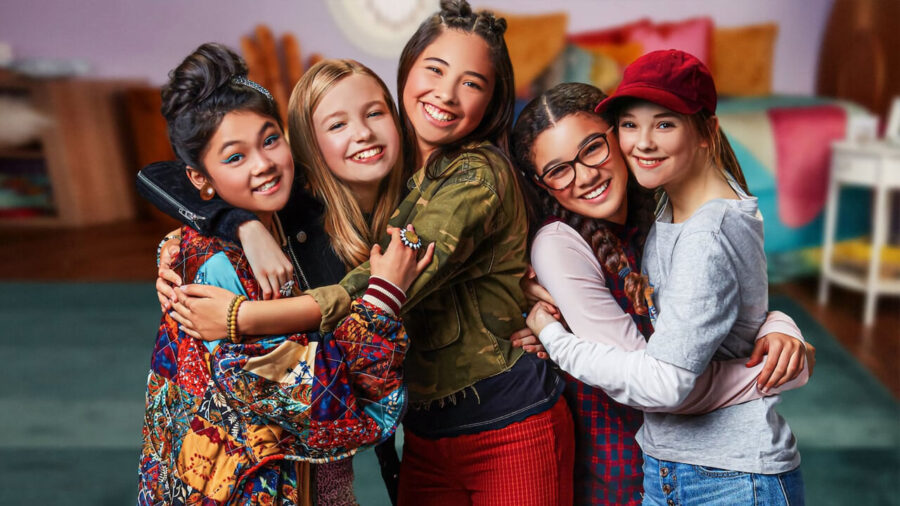 The girls are back in business by popular demand

Netflix has announced an October 11th release date for season two of The Babysitters Club.

The Netflix original is based off of the popular novel series by author Ann M. Martin. The young businesswomen Kristy Thomas, Claudia Kishi, Stacey McGill, Mary-Ann Spier, and season one’s newest hire, Dawn Schafer, have established a strong, meaningful bond that seems to be unbreakable. However, things in the business will be shaking up quite a bit in season two. Two more girls will be joining the club. Unfortunately, Xochitl Gomez, who portrayed Dawn in the first season, will be replaced by Kendra Sanchez due to schedule conflicts as Gomez is also set to make her MCU debut as America Chavez in Doctor Strange 2.

According to the show’s creator and executive producer Rachel Shukert, fans of the show will be able to observe a lot of character development.

In season 2, we get to see a maturation of the club, and of the girls. They’re all a year older and have more experience running a business, deeper friendships, and are growing into a deeper understanding of themselves as people. We also wanted to continue exploring themes that allow all young viewers to see themselves represented on screen, while also dealing obliquely with many of the things we’ve all been through in the past year: loss, change, responsibility, and trying to find joy and meaning in unexpected places.

Season two of The Babysitters Club will consist of eight episodes and will be released exclusively on Netflix October 11th.