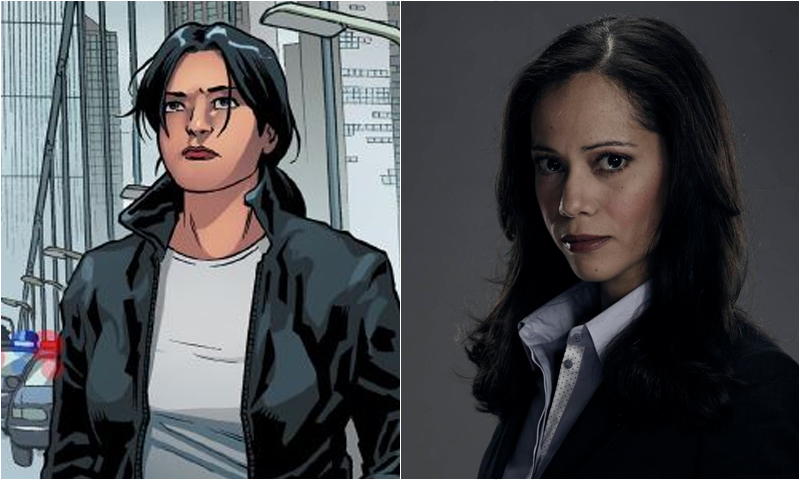 Victoria Cartagena will be portraying Renee Montoya in the upcoming season of “Batwoman.”

As reported in an article from The Illuminerdi earlier this month, The CW was looking to cast Renee Montoya and two other pivotal roles for the third season of Batwoman. Earlier today, Deadline announced that The CW have found on their Montoya. And much to everyone’s surprise, it’s Victoria Cartagena, who has already played the same role just on a different show.

Victoria has previously played the character of Renee Montoya on another The CW show called Gotham (2014-2019). Apparently she played the character so well on the show that the execs at CW cast her to play the same role once again for Batwoman’s third season as a series regular. However, it has been made clear that the two shows will have no connection whatsoever. The actress took to twitter to announce her being cast to play Renee on the show.

The character of Renee has grown increasingly popular in the last few years, as her appearance on Batwoman will be the third time this character was cast to play a role on screen. The other two appearances being on ‘Gotham’ and also on Birds of Prey. Cartagena’s Montoya is a former GCPD officer who left the force when she could no longer stomach the corruption inside the department. She now runs the “freaks division,” which hasn’t seen a lot of action… until now.

Our guess would be that this version of Montoya played by Victoria will be a more action driven given her character brief much like her comic version. Which is quite different from her role in CW’s popular show Gotham.

Let us know down in the comments what you think about this casting and what her role will be like in the new season!