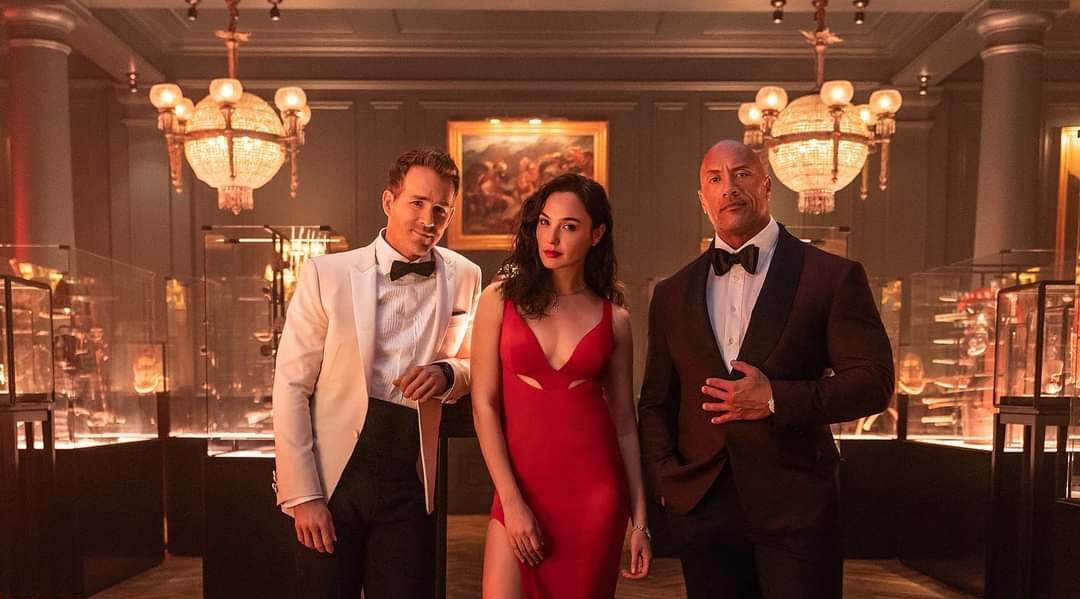 After a characteristic wisecrack about The Rock, Reynolds kept it short and sweet with “Last piece of gossip: @GalGadot is wonderful.

Johnson shared the same still via his Instagram account, with a post more descriptive of the film’s plot while thanking Netlix, writer/director Rawson Marshall Thurber and “my insanely talented (and highly unattractive) costars” Gadot and Reynolds.”

Boasting a $200 million budget, the comedic heist caper brings together the FBI’s top profiler (Johnson), the world’s most wanted art thief (Gadot) and its greatest conman (Reynolds) who just happen to be rivals. Originally set for theatrical release by Universal, but after a months-long COVID-related delay the property was sold to Netflix. Despite forgoing a theatrical release, Johnson and Gadot will each earn massive $20 million paychecks for their roles, with the former also producing.

Are you looking forward to seeing The Rock, Reynolds and Gadot in action together? Let us know in the comments!