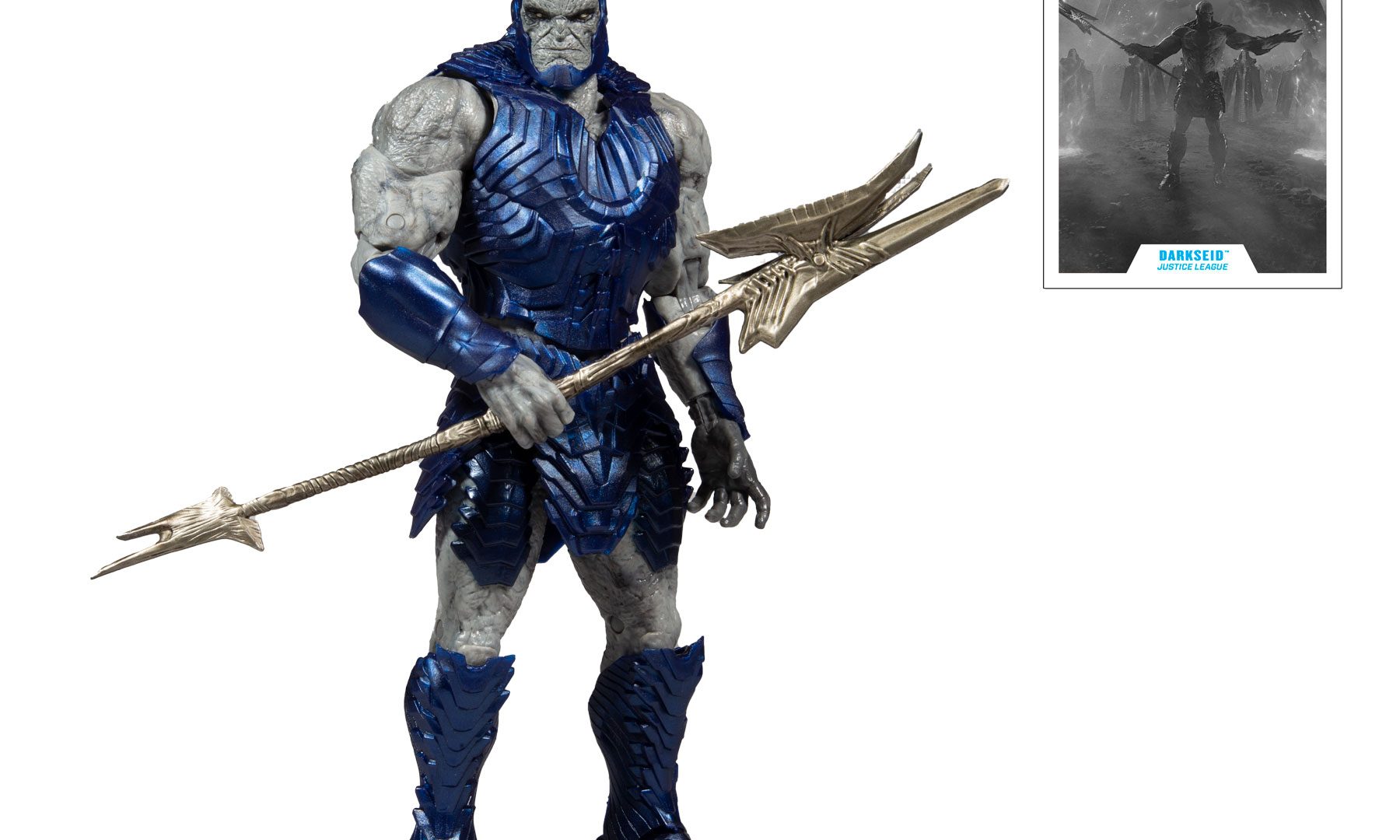 All the McFarlane figures shall be mine!

McFarlane Toys revealed this morning that the long-awaited Darkseid Armored Gold Label Megafig was available for pre-order exclusively at Target. Unfortunately, you would have had to wake up early to get one because those preorders sold out within just two hours of going live. This is yet another example of overwhelming consumer demand for merchandise related to Zack Snyder’s Justice League. All of the other McFarlane ZSJL figures are currently sold out on Amazon. The recently revealed Zack Snyder’s Justice League Trilogy Box Set is already a #1 Bestseller three months before release on Amazon. Clearly, there is money to be made from Zack Snyder’s films.

This Darkseid figure has a few differences from the previously released McFarlane Darkseid figure. Most notably, he is featured wearing his chest armor based on his present-day look from the Justice League film. The previous Darkseid figure, currently available in-store (if you can find him), featured a bare chest based on his look from the history lesson sequence in the Justice League film when he went by the name Uxas. Another difference is that, while both figures come with a collectible art card featuring the same movie photography of Darkseid, the Armored Gold Label Darkseid’s card looks to come in black & white—a nice reference to the Justice is Grey edition of Zack Snyder’s Justice League. Lastly, the packaging of the Armored Darkseid will feature the official McFarlane Gold Label Collection seal on its top left corner.

If you didn’t manage to snag a preorder, don’t lose hope; the figure officially releases August 16, so check back with Target on the release date for the chance to get your hands on The Lord of Apokolips. Unfortunately, there are no details if or when the Armored Darkseid Mega figure will be available outside of the US, given that Target doesn’t ship internationally. However, previous McFarlane DC Multiverse Target exclusives have later been made available on international Amazon sites or made exclusive to region-specific retailers, so those are possibilities. As always, we’ll keep you updated as more information emerges.

Did you manage to preorder the Armored Darkseid figure? If you live outside the US, where do you hope to buy this figure? Let us know in the comments below!