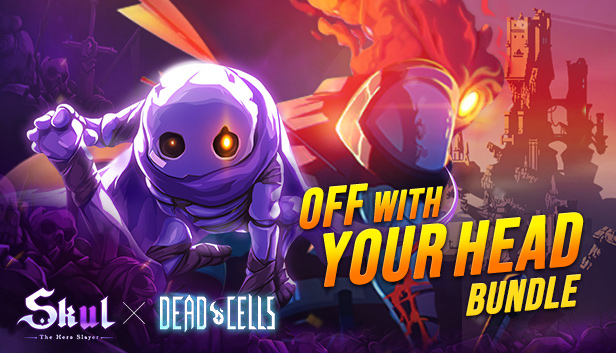 SouthPAW Games is teaming up with Motion Twins to bring “Dead Cells” content into “Skul: The Hero Slayer”.

SouthPAW Games has released the latest update for their videogame Skul: The Hero Slayer. SouthPAW Games is teaming up with Motion Twins to bring Dead Cells content into the game.

Skul: The Hero Slayer is an action packed platformer that is sure to keep you on your toes. It’s rogue-like features include constantly changing and very challenging maps. Skul isn’t an ordinary skeleton, Skul has great fighting skills, and he gets new and exciting powers when he wears a new skull. He can wear up to two skulls at once and each skull comes with it’s own speed, attack range, and power. You can choose your own combination to whatever fits your playstyle.

In the new update for Skul: The Hero Slayer, SouthPAW Games is collaborating with Motion Twins to bring Dead Cells’ The King to the game. The new update will also include 8 new skulls for the player to use, 3 Quintessence (special spells) and an overhaul with new visual effects, 2 new special event maps, and 5 brand new NCPs have been added to the campaign.

To celebrate this new update, Skul and Dead Cells are joining together in the Off With Your Head bundle on Steam with 10% off combined between the two games. Skul is also having a 25% off sale for the next two weeks.

Below you can watch the official trailer for Skul: The Hero Slayer and Dead Cells: