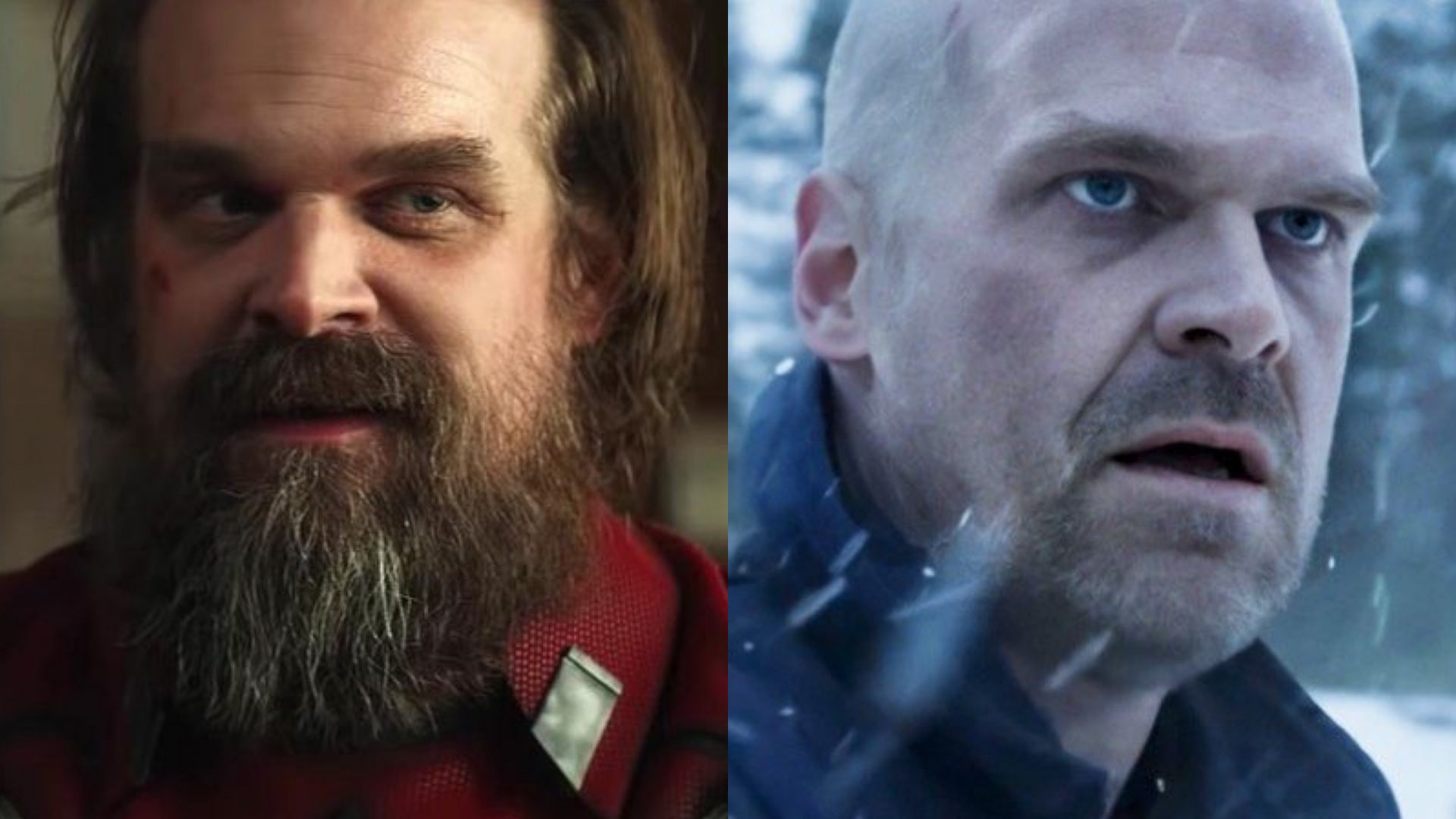 Actor David Harbour recently revealed how he went about preventing overlap between his Black Widow and Stranger Things characters—precautions that included sharing set photos from the Marvel project with Stranger Things creators Matt and Ross Duffer.

Actor David Harbour recently revealed how he went about preventing overlap between his Black Widow and Stranger Things characters—precautions that included sharing set photos from the Marvel project with Stranger Things creators Matt and Ross Duffer.

It cannot be argued that for many actors, the Marvel Cinematic Universe is the franchise to be a part of. Spanning over 20 films and a growing number of Disney+ original series, the MCU has featured a wide array of talent on screen. While some are almost exclusively in their Marvel roles for the long haul, a multitude of actors in the cinematic universe also appear in other big name franchises, and David Harbour is no exception. With his Marvel debut slated for this summer’s long anticipated film Black Widow he joins the MCU’s ensemble as Red Guardian. However, the actor has been with another prominent franchise for a few years now—the Netflix original series Stranger Things, in which he portrays Hawkins police chief Jim Hopper.

Coincidentally, in Black Widow and Stranger Things season 4, Harbour’s characters Alexei Shostakov and Jim Hopper, respectively, are both men held prisoner by Russians. Instantly, Harbour knew there would be similarities drawn between the two, and by extension the worlds of Black Widow and Stranger Things. As such, the actor insisted on ensuring the two characters and their tones would not be too similar so as to be indistinguishable from one another. Harbour spoke about the predicament on Jimmy Kimmel Live, and shared that part of this process of separating the two characters and their universes was indeed sharing photos of the Black Widow set to prevent overlap between the MCU film and the Netflix series.

Furthermore, the actor spoke about how his appearance in Black Widow affected the look he will have in Stranger Things 4—a visual distinction Harbour wanted to make in order to differentiate the two characters.

“I had this long hair and this beard and I was big and I thought, ‘I can’t be the same guy with long hair and a beard in the same prison.’ I was like ‘guys, we can’t do this. I mean, I’m coming out with this Marvel movie, I can’t have the beard and the hair.’ So we came up with a whole different look for it.”

Of course, things all worked out in the end; as we saw in the Stranger Things 4 teaser “From Russia with love…” Harbour will indeed look like a completely different man. With a shaved head and stubble, Jim Hopper certainly looks like a far cry from Black Widow‘s Red Guardian, with the appearances of each character effectively offering a different tone from the other.

Check on Harbour’s interview with Jimmy Kimmel below:

Black Widow is set to release July 9 in theaters or for an additional $30 for Disney+ subscribers. Stranger Things 4 currently has no release date, but is expected to land on Netflix in 2022.