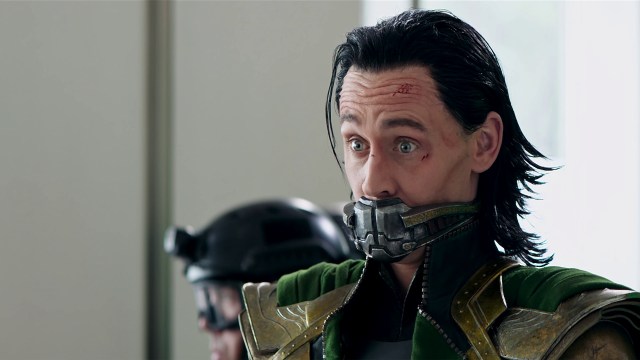 The God of Mischief is almost back onto our screens! Disney+’s newest MCU show, Loki, just released a brand new teaser trailer, while sneakily moving up the show’s release date.

The God of Mischief is almost back onto our screens! Disney+‘s newest MCU show, Loki, just released a brand new teaser trailer, while sneakily moving up the show’s release date. Check it out in the clip attached below and be sure to tune into all of the devious fun on June 9th!

If it was previously unclear, we now know that Tom Hiddleston most likely had a blast filming this show. The footage just reaffirmed that this Loki is a variant, and a most mischievous one at that! Owen Wilson‘s character, who some fans speculate to be Mobius M. Mobius, is shown as somewhat sympathetic to the Asgardian‘s manipulative ways, bargaining for his sentencing. Of course, as the audience would expect, that only backfires on Mobius. As is the Loki way, the trickster is seen duping the TVA agent in an escape attempt.

One of the more interesting moments comes about halfway through the footage. A seemingly random shot hangs on a carefully carved meteor floating in some sort of outer-space-like environment. Behind the object, a bright blue light streaks by with rainbow-like energy radiating from it. A similar rainbow pattern also appears in another scene, where a hooded figure is shown pulling a TVA agent through what appears to be a type of portal. One way or another, it looks like Marvel‘s latest entry is set to deliver all kinds of sci-fi and fantasy goodness next month!

What would you like to see in “Loki?” Let us know in the comments section down below!