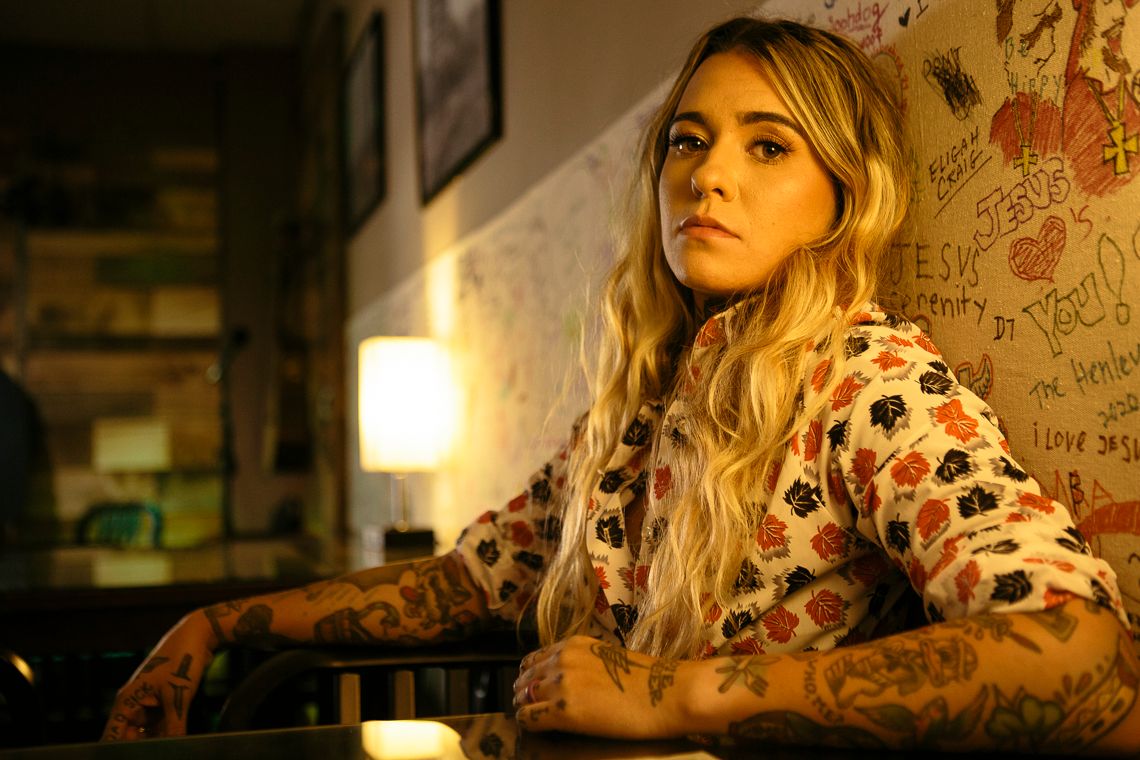 In this interview, TCN and Morgan Wade will discuss her “Reckless” album and get to know the singer/songwriter a little bit better.

Morgan Wade is a talented country artist who is beginning to take over the scene and she recently released her debut album, “Reckless“. In this interview, TCN and Wade will discuss her “Reckless” album and get to know the singer/songwriter a little bit better.

Q: Your debut album “Reckless” released last month. What was it like releasing your first album?

A: It was definitely very interesting for me putting out a record with a label. It’s the first time I’ve done that,
so having a publicist, a manager, and a team pushing the record is definitely very different for me. I’m not
used to getting added to all these playlists, and this was the first real thing I’ve put out other than the
previous demos, so it was a totally different process. Also, we’re doing this during a pandemic, so it was a
little weird not getting to tour off right off the bat.

Q: What would you say the overall message of “Reckless” is?

A: Honestly, this was a collection of songs from the last 2.5-3 years of my life, and a record about figuring
out who the hell I am, moving forward and trying to be myself. Just saying, “I’ve got to take my own
direction and not listen to what everyone else wants me to do.” I think that’s clear through the lyrics of
these songs being more vulnerable, as well as the music progressing and changing. It’s not the same as
everyone was used to hearing me – as far as the production goes.

Q: Whether it’s writing new music or recording in the studio, what’s your creative process like?

A: You know, I don’t have a set process. It’s not like I wake up at a certain time and sit down and try to write
something. It just kind of comes to me or it doesn’t. I work with Universal Publishing so I co-write, and
sometimes you get something or sometimes you don’t. For me there isn’t any kind of creative switch that
I can turn on or off. If I’m inspired, I’m inspired. If I’m not, I’m not. I can write something where I’m not
inspired but it’s not necessarily going to be that great. That’s kind of just how I write everything. It just
comes to me, and it can be at the most random times: it can be in the middle of the night, it can be early
morning, it can be whenever, but hopefully it always comes to me.

Q: You’ve been making music for some time now, who or what inspired you to begin making
music?

A: I went through a break-up Freshman year of college and wanted to win him back. So I formed a band on
Craigslist and booked a show, and it honestly went from there. I was like, “Alright, people like this.
They’re either punking me or they actually think I sound good.” So I started playing out. I was 19, so it
was just kind of something I did on the weekends for fun up until about 3 years ago when I met Sadler,
and I just had to make the decision to do music full time.

Q: Are there any artists out there that you’d like to work with?

A: Lana Del Ray is top of my list, and hopefully one day I can also work with Miley Cyrus. Those are my
two top artists.

Q: Where has been your favorite place to perform? And do you have a favorite song from the album
you like to perform?

A: I think they closed down, but the Revelry Room in Chattanooga. It was a couple years ago when I played
there, but I just remember having a good time. It was super awesome.
And then my favorite song to play… I like playing “Last Cigarette.” That one’s probably my favorite
song off the record and it’s fun for me because it’s vocally challenging and I really have to focus.

Q: Where is one city or venue that you’d like to perform at the most?

A: Red Rocks! I gotta think that is definitely on anybody’s bucket list that plays music.

Q: “Wilder Days” was released almost two months before the full album. How did this song set the
tone for the rest of the album?

A: That’s the first song that I played Sadler, and the first song that we worked on together. It’s been through
a lot of process, just trying to get it to where we wanted it. And I’ve been playing that song at shows for
like 2.5-3 years, so that was a song everyone was like “Is that going to be on the record? Is that going to
be on the record?” But we just thought that it was the perfect fit to put out first and start the record off. It
was perfect timing, it was catchy, it’s a good jam and we didn’t want to start ‘em out with something too
sad so we went with a happier one.

Q: The music video for “Wilder Days” was just released. What was it like to record the music
video for this song? Will there be music videos for any of the other songs from the album?

A: It was fun. It was like an interesting thing because this was the first music video where I had someone
else in the video with me. That was probably the best part. And obviously Josh Jakub and I are going to
end up on Dancing with the Stars as dancers someday! He is super a nice guy and we basically were just
standing there slow dancing within the first 10 minutes of meeting each other, so that’s a little awkward.
And we did a lot more dancing than you see in the video. Like I said, Dancing with the Stars will be
calling pretty soon!

Q: Lastly, if there was one message you could give to your fans, what would it be?

You can listen to “Reckless” on Spotify and Apple Music.

You can follow Morgan Wade over on social media: