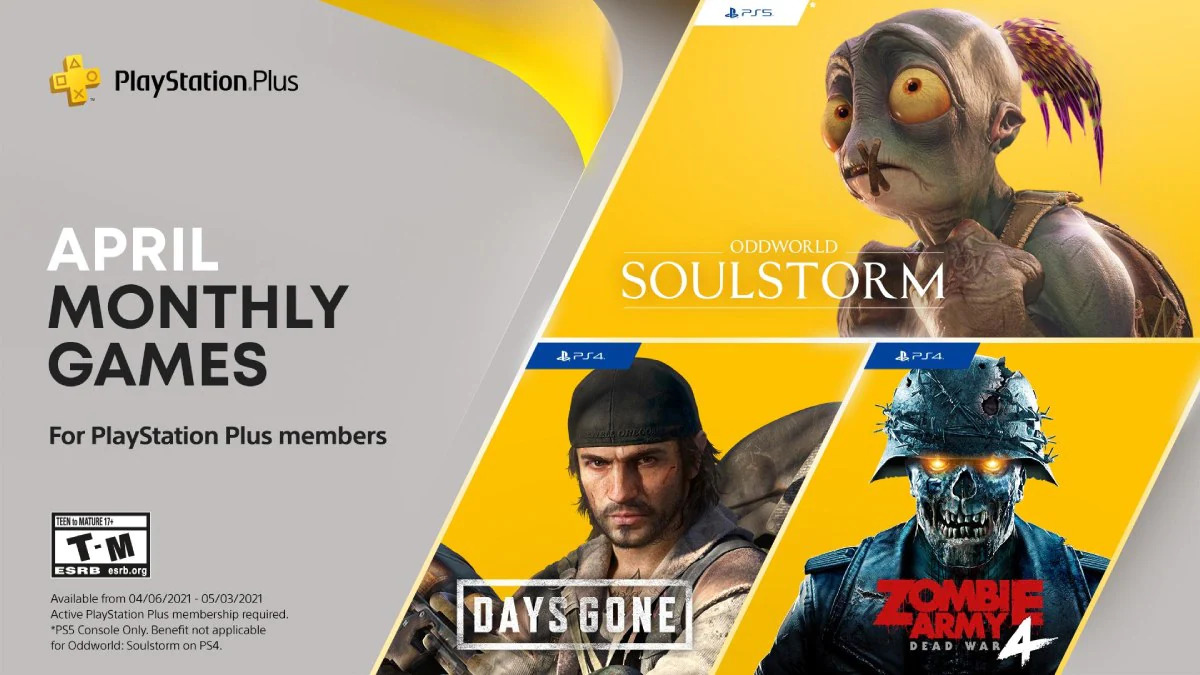 Playstation Plus subscribers will now get access to Sony’s April offerings namely: Days Gone, Oddworld: Soulstorm, and Zombie Army: Dead War 4. This trio of games will be available to download from April 6th to May 3rd.

Players will get double the dose of Zombie action in Sony’s Days Gone and in Zombie Army: Dead War 4 which is a PS4 shooter from the makers of Sniper Elite 4 that offered a different take on undead Nazi zombies.

Oddworld’s Abe returns in this action adventure platformer set directly after the events of 2014’s Oddworld: New ‘N’ Tasty. Having undergone a transformation from clueless cog in a mega-corporate machine to unlikely hero and beacon of hope, Abe must now save his fellow Mudokons by any means necessary. As you recruit more followers, stick to stealth and puzzle solve to survive or scavenge goods and craft an arsenal to liberate your friends. In Oddworld: Soulstorm, you will begin to understand the power of many will be needed to solve problems that the individual alone cannot.

Ride into a desperate, dog-eat-dog open world of the Pacific Northwest as drifter and bounty hunter, Deacon St. John. Risk the threats of the broken road on the back of your trusty bike as you face swarms of mindless feral Freakers – and equally terrifying humans. Unpredictable weather and different times of day and night can cause incredible danger and shocking surprises… and everything wants you dead. Devise your strategies as you customise weapons and skills, craft traps and upgrade your bike as you try and survive the unforgiving wilderness.

Hitler’s hordes are back for more in this spine-chilling shooter from the makers of Sniper Elite 4. Abominable occult enemies, epic weapons and a harrowing new campaign for 1-4 players await in 1940s Europe, as you fight to save humankind from undead Armageddon. Continue the alternate history of the Zombie Army Trilogy in huge new levels, and uncover a sinister plan that takes the Survivor Brigade across Italy and beyond.