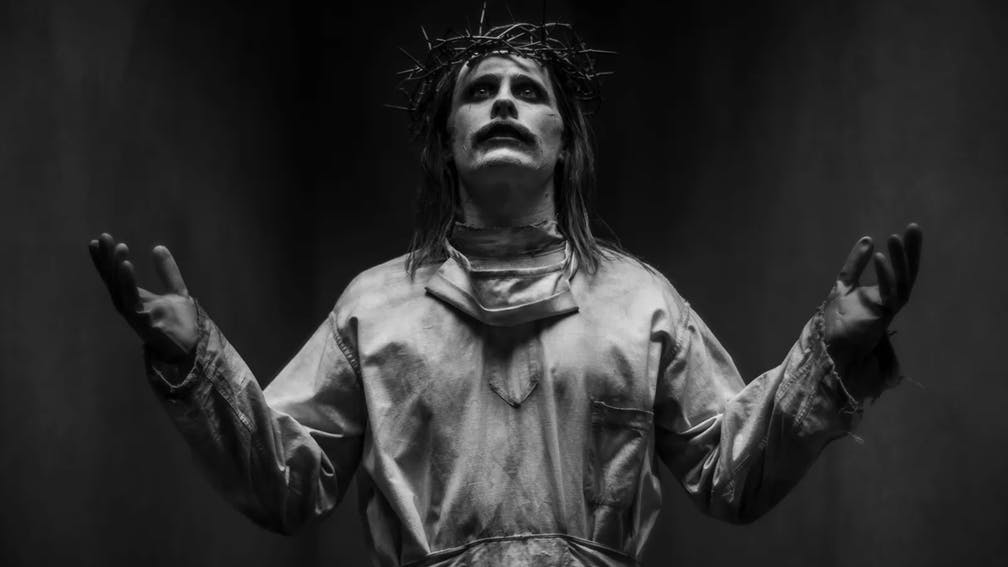 Zack Snyder tweeted several pictures of the Joker in his film, and the teaser trailer for the film gave us our first look at Knightmare Joker. Joker was added in 2020 as part of additional filming for the movie.

Zack Snyder spoke with Total Film about why he added the Joker.

“[Adding the Joker] was a thing I had wanted to do,” Snyder said. “Because frankly, the ultimate conflict in a universe where Batman exists is for him to confront Joker. I was afraid that if this was the last Justice League with Ben [Affleck’s Batman] and Jared, it would be remiss if I couldn’t figure out a way for them to come into conflict.”

Snyder also gave more context about including the Joker in Batman V Superman: Dawn Of Justice.

“Also, it was a wish of mine to bring Joker into the continuing storyline. I hinted at it in Batman v Superman – when you see Batman’s gun in the post-apocalyptic world, it has a Joker playing card taped to it. This has a little bit to do with that concept,”

Zack also discussed what he wanted that encounter to be like.

“The cool thing about the scene is that it’s Joker talking directly to Batman about Batman, It’s Joker analyzing Batman about who he is and what he is. That’s the thing I also felt like fans deserved from the DC Universe. That is to say, the Jared Leto Joker and the Ben Affleck Batman, they never really got together. It seemed uncool to me that we would make it all the way through this incarnation of Batman and Joker without seeing them come together.”

It seems Snyder was keen on bringing Batman and Joker together in the DCEU, hopefully not for the last time.

Zack Snyder’s Justice League will premiere on HBO Max on the 18th of this month.