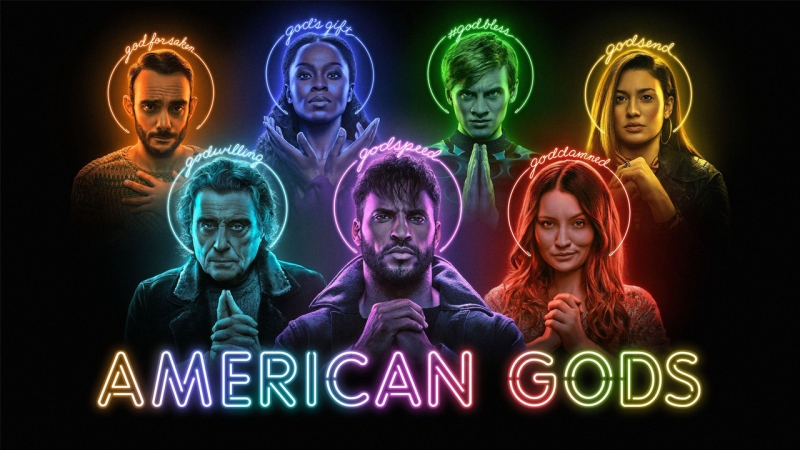 Gods die. And when they truly die they are unmourned and unremembered. Ideas are more difficult to kill than people, but they can be killed, in the end.– Neil Gaiman, American Gods.

It is always a sad day when any TV show is canceled or comes to a close. Even one whose ratings were as tumultuous as Starz adaptation of the acclaimed Neil Gaiman novel American Gods garnered a dedicated following. Now those loyal fans will weep, for the powers that be at the network have seen fit to end the series, with the Season 3 finale on March 21st marking the end of the maddening journey of Shadow Moon (Ricky Whittle) and his time walking with gods Old and New across America.

While there is always the possibility of an event series or TV movie to tie up loose ends, the numbers in this case speak for themselves about any hope for closure.

Ricky Whittle took to Twitter upon the news breaking to share a sendoff and express his thanks to everyone involved in the project.