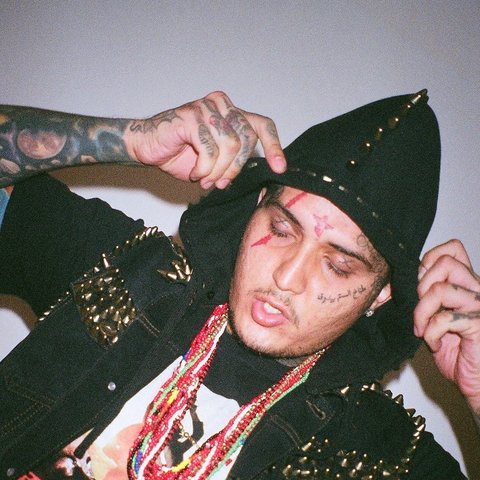 SosMula, also known as Vinicius Sosa is a Harlem rapper, Mula is mostly known for being one half of the acclaimed Trap Metal and Punk Rap duo City Morgue which consists of himself and his rhyme partner Zillakami. Now, City Morgue as an act is fairly popular. Due to their unorthodox sound that straddles the line between rap and metal, the duo built a strong cult following in no time. But more often than not, Mula’s lyrical abilities tend to get overlooked and undervalued even by some avid followers of City Morgue’s work. To understand the themes and concepts presented in SosMula‘s lyricism, we’d have to understand his artistic personality first. Mula presents himself as this cold-blooded, hardcore drug dealer that glorifies his life in every way and never shies away from anything. But that is only the surface, and most people fail to look underneath the surface.

From his face tattoos to his sense of fashion, everything about SosMula is unapologetic, it demands your attention. And true enough, SosMula’s musical style expands upon his eccentric looks with constant references to drug dealing, murder, drug use and so on. But that is not all SosMula offers, far from it. In actuality, the themes of gang affiliation and other topics as such is only a part of a bigger narrative in Mula’s music. Take a look at songs like “The Give Up” and “The Balloons” on City Morgue’s sophomore album “City Morgue Volume 2: As Good As Dead”, Mula completely pours his heart out and unveils what’s beneath his emotionless gangster persona, a vulnerable man with a difficult upbringing that saw drugs and violence as his only escape. The opening lines of Mula’s verse on “The Give Up” reads “I got PTSD, I always keep my gun / My Mom’s like son, you need therapy / It’s hard to live righteous, welcome to the dark side where little boys turn to gangsters, girls’ hearts die”, and it gives us a clear illustration of who Mula is, why he acts the way he acts. It’s like that moment in a movie where you learn the motivations behind the villain and sympathize with him. His looks and his raps maybe exaggerated to an extent but it is anything but a gimmick, it’s who he really is.

It’s rare that SosMula will completely spell out what is otherwise always hinted at, in a song but when he does, it’s special, it’s a harrowing experience. On “Screaming At the Rain” Mula raps about how his criminal past and the death of his close friends affected him mentally, contemplating suicide, abusing drugs as a way to cope with the pain. “The Balloons” is also another lyrical gem where listeners are taken through different stages of Mula’s life. All of these songs complete the narrative. SosMula is without a doubt, one of the most unique-sounding rappers working today, his style is unlike anyone else’s and the stories he tells are both fascinating and heart-wrenching. There are some listeners who, still to this day, do not acknowledge Mula’s skills as a storyteller and assumes he’s only going to talk about how much cocaine he’s sold on every track, that only proves how little attention they pay. There’s more to it, City Morgue’s music is dimensional, in the words of Zillakami, their music isn’t a glorification of any kind of lifestyle, it’s merely a reality and both SosMula and Zillakami are excellent at depicting that reality with their lyrics.