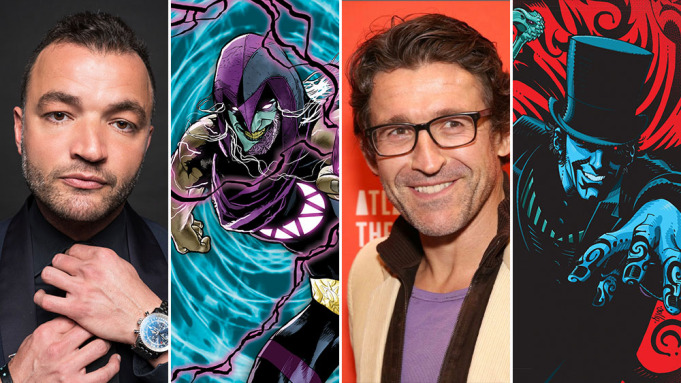 Over the spring and summer the hordes of fans who were denied the latest superhero movies due to COVID-19, were given a different sort of treat that swept across the Internet.

DC Entertainment’s new show Stargirl, based on the comic book hero created by Geoff Johns, debuted its first season to overwhelming acclaim and rave reviews by the critics. In the wake of this success, The CW renewed the program for a second season, moving it exclusively to the network as a CW original.

Season 1 ended with some rather ominous cliffhangers in the form of two new villains being teased for Season 2. Eclipso and the Shade. Now, these dastardly evil-doers have found their actors, along with a third newcomer whose part has yet to be announced.

Nick Taraby is face who is familiar to CW fans as Captain Boomerang on Flash and Arrow, will be suiting up as Eclipso, a powerful villain whose abilities come from a series of black diamonds that take control of the bearer whenever they are filled with thoughts of anger or revenge.

Ysa Penarejo, a gifted actor and dancer, has been cast in a reoccurring role for Season 2. Though her character, whether an original one or pulled from the Stargirl/JSA lore, remains to be seen, audiences will fall in love with her character as they have with others from Season 1.

Jonathan Cake has played a number of parts over the years, most famously as Chuck Vance on Desperate Housewives. Now he steps into the top hat and coat-tails as The Shade. One of the JSA’s oldest foes, Shade was once a 19th century gentleman named Richard Swift whose life changed when he was granted power over shadows in a mystical accident.

All three of these performers will bring their talents and abilities to the world of Stargirl in ways that, like with the cast from Season 1, take world of fantasy and make-believe and bring it to life in new and exciting ways.