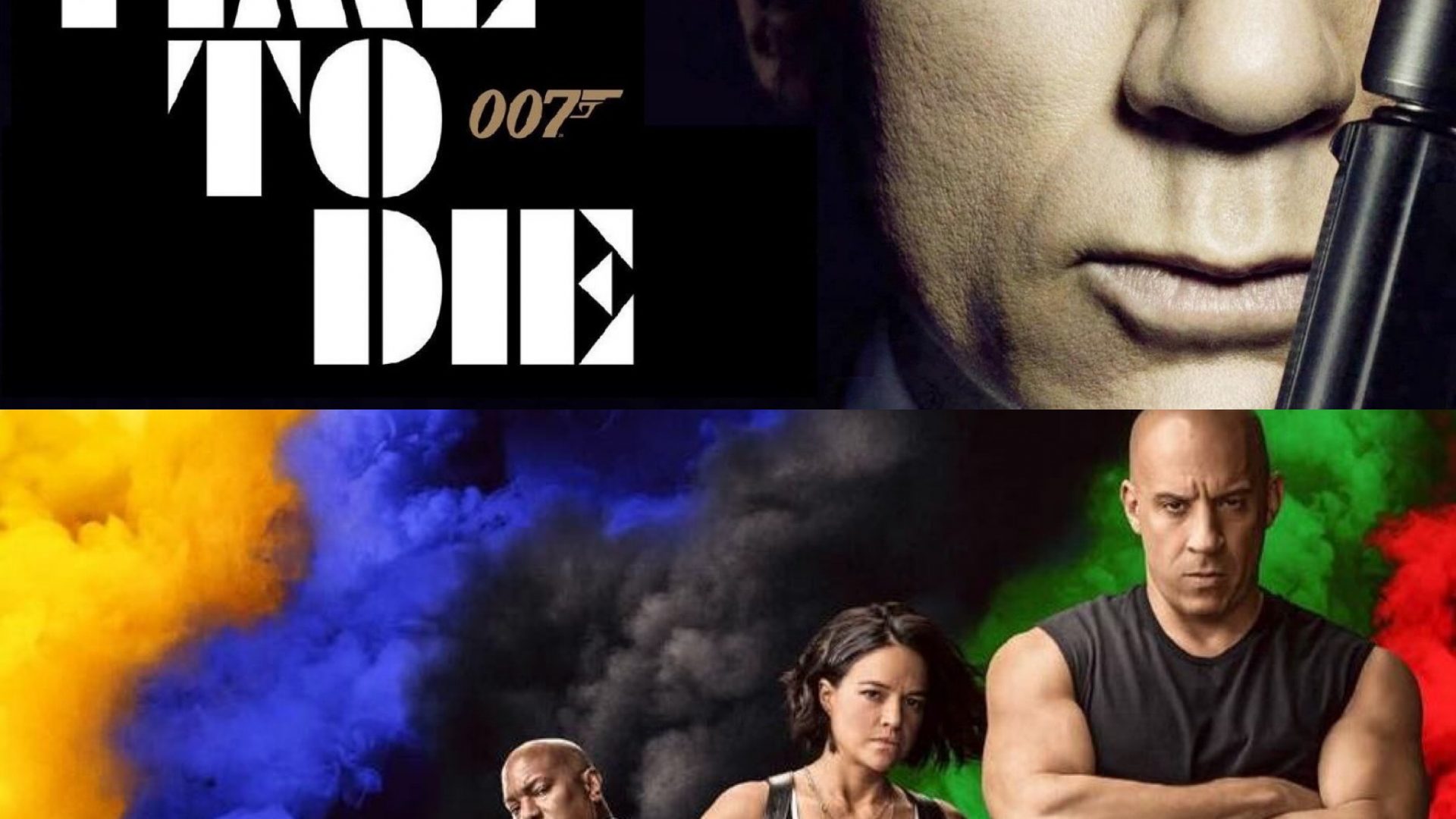 Furious, Fast & Furious! The upcoming James Bond film No Time To Die and the upcoming ninth installment in the “fast” franchise have both been delayed again.

Movie goers and movie theaters alike have received some more grim news regarding the films Fast and Furious 9, and the highly anticipated James Bond flick No Time To Die.

As news broke yesterday that No Time To Die was being delayed from its November 20th release date to April 2nd of next year, the “Fast” franchise was undoubtedly going to move their release date as Fast and Furious 9 was also set to release April 2nd of 2021. The 9th installment of the “Fast” franchise has shifted its release from April 2nd 2021 to May 28th 2021. May 28th kicks off Memorial Day Weekend, and allows No Time To Die some breathing room. The move makes sense as Universal is the studio that releases movies within the Fast and Furious franchise, and although James Bond films fall under MGM, Universal is in charge of distributing the film overseas and the overseas market is where both the Fast and Furious, and James Bond franchises make up a majority of their financial success.

No Time To Die and Fast and Furious 9 both have an estimated budget of over 200 million dollars, and Tenet had a budget in that same ballpark and has struggled to gain traction within the U.S. with moderate overseas success. Additionally, New York and Los Angeles still have yet to reopen theaters and those are the two largest theatrical markets in the U.S. and cases of the Coronavirus have begun to rise again in Europe and multiple states within the U.S. One could speculate that the studios saw what was happening in Tenet’s case, and saw the rising cases in several regions both domestically and internationally, and made their decisions to delay the film’s releases even further.

As mentioned above, the franchises delaying their movies makes sense. However, theaters can’t survive without any blockbuster movies drawing in crowds. Barring any delays, Disney’s upcoming animated film Soul is set to release on November 20th of this year. Warner Bros. is also set to release the highly anticipated films Wonder Woman 1984, and Dune in December of this year. However, those blockbusters could all be delayed as well, and if that happens, how will theaters be able to entice customers to attend when there’s no major blockbusters being released?