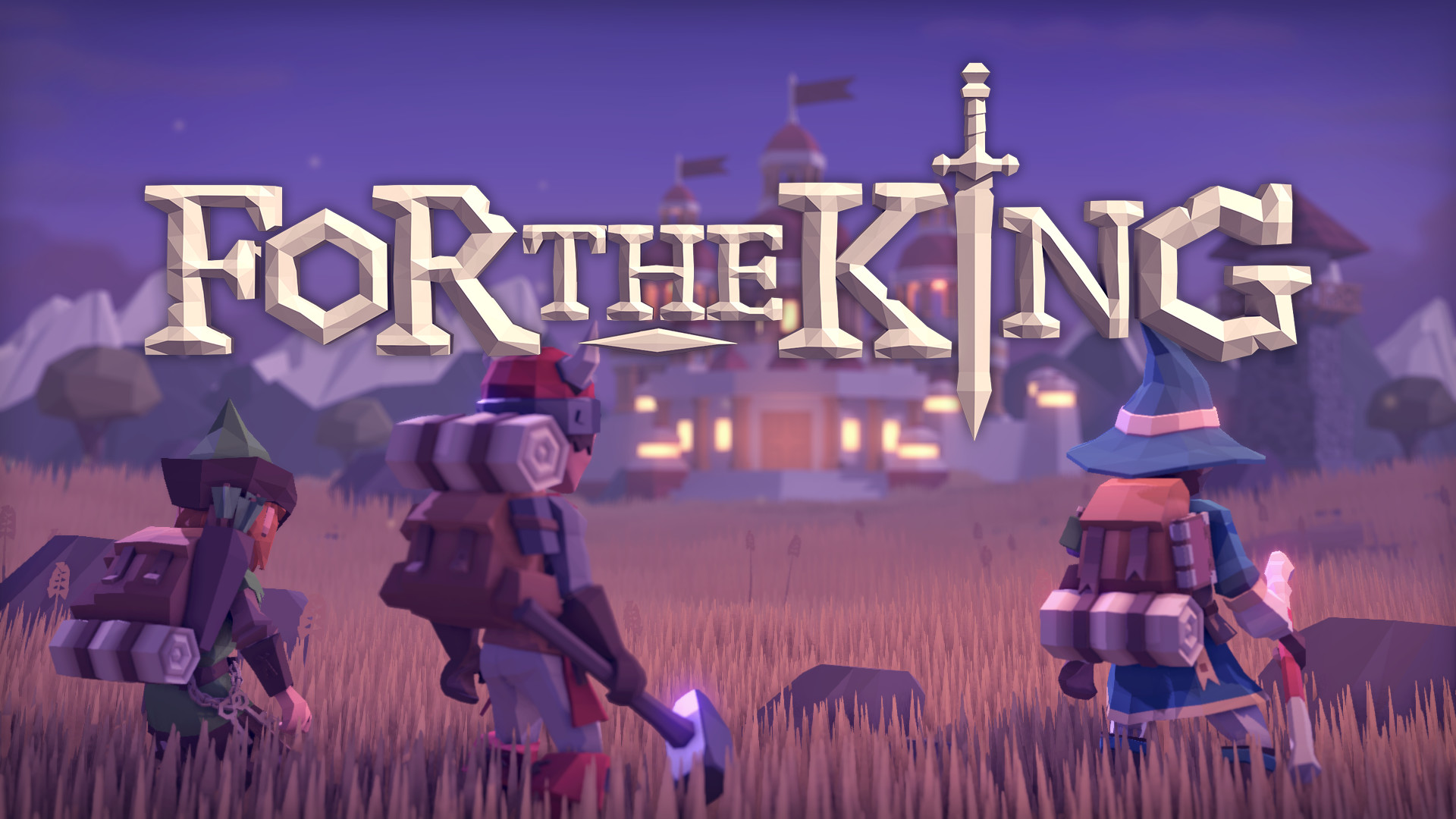 For The King is a turn based RPG with roguelike and tabletop elements. For The King, is available on PS4, Xbox One, and PC. The game itself is a very brilliant marriage of turn based RPGs and tabletop games like Dungeons & Dragons and Warhammer 40,000. The game has tight gameplay and lots of fun multiplayer opportunities. While not without flaws this game is very fun and has tons of content to get into.

King Bronner of Fahrul has been slain by an unknown evil. Queen Rosomon has asked the realm’s average citizens to band together to stop the chaos that threatens the realm. The story here is nothing to brag home about. It’s a very standard fantasy plot about a group of unlikely heroes fighting an evil dark force of some kind. It has unique elements, like all the characters are just average citizens of the realm. You don’t get to play as an honorable paladin or a powerful wizard or a sneaky rogue. Your characters are ordinary people like Blacksmiths, Scholars, Hunters, and more. This narrative choice does help the game stand out from other RPGs. The story here is really just a skeleton of a plot meant to keep the game going.

The game’s art style is very blocky and cartoonish. The style contributes to the tabletop inspiration the game has. There are several different models for all the different kinds of weapons. Very rarely did I notice a reused model for a weapon or piece of armor unless it was already related to another piece of gear or weapon. The presentation is very much like a board game and gives For The King a unique aesthetic.

This game ran extremely well for me. I’ve played it on the base PS4 and Xbox One, and both versions ran equally as smoothly. I rarely ever encountered slow down, and even when I did it didn’t interfere much with what was going on. Load times aren’t very long but may have you asking if it’s done yet every now and again.

The game controls just like a board game(obviously). You and other players take turns moving around a randomized hexagonal board, and interacting with various characters and objects. The game’s simple controls and structure make it very easy to just pick up and play. What’s odd is that the game doesn’t support 4 player multiplayer. The game only allows up to 3 characters at a time.

Combat is of course turn based and each character takes their turn using an ability or item. However combat abilities are entirely dictated by what weapon that character currently has equipped. This is a bit of a double edged sword, as because of this, the gear progression is extremely satisfying. On the other hand this makes the combat a bit shallow and too simple for those who want deeper levels of character progression. Death is a serious concern because a full party defeat will result in having to completely start over. This adds another layer of tension and strategy to the game, as the consequences for going into a battle unprepared could be very catastrophic.

The menu music for this game is amazing and pulls you right into this fantasy world. Any music outside of the main menu track is stale and boring. I can’t really recall what the combat music even sounded like, and that’s a problem. The sound effects on the other hand completely bring combat to another level. Attacks with heavy weapons are given weight and really feel powerful when you can get one off. Likewise, Arrows sound painful when they hit their mark. This game has excellent sound design, but fails to produce music which makes an adequate backdrop.

Right from the start, For The King gives you 6 different campaigns to choose from. The main campaign, Frost Adventure, Dungeon Crawl, Hildrebrants Cellar, Gold Rush, and Into The Deep. Each campaign has its own gimmick, Frost Adventure is a harder campaign that takes place entirely in the winter terrain. Dungeon Crawl has you seek out different dungeons in the overworld and clear them out. Hildrebrant’s Cellar acts as an endless dungeon to explore. Gold Rush has you working against other players to see who gets the most gold. Into the Deep has you sail the seas to stop an impending flood. The campaign diversity here is amazing and always gives you something new to do. Best of all, it’s all free and unlocked right from the beginning. You don’t have to go through a campaign you don’t like to play the one you do.

This game also has unlockable content in the form of the Lore Store. The Lore Store has all manner of different stuff that can add to your campaigns. This includes new classes, added shops, different weapons and armor, cosmetics, and encounters. You can “buy” all of these with Lore Points earned by completing tasks and defeating enemies in the different campaigns. With new items and characters and a lot more, this can make a huge difference in your campaigns and makes sure there’s actually things to entice you to keep playing.

For The King has a very good risk reward system at its core, and it’s what keeps me playing. Each action you take has its success dictated by a skill checks. If you succeed you can get a great reward, like boosted stats or rare items. Failure however can have dire consequences, like losing XP, surprise enemy encounters, and even death. This transitions over to combat in how much damage you do or even an added status effect. You can improve your chances with focus points, but even those are limited. This mechanic keeps the entire game so engaging. It’s thrilling to play the odds and risk it all for an unknown reward, or to just barely do enough damage to defeat a tough enemy.

For The King gives a unique and fun RPG to play by yourself or with friends. The many campaigns, randomized boards, and unlockable content give a near limitless amount of fun to players. The combat is exciting and tense but might be too simple for some people’s liking. While music leaves much to be desired, the sound design elevates the combat and adds another level of immersion. The risk reward mechanic is what really makes the game for me. Almost everything you do is dictated by chance just like a board game. This game is definitely worth picking up for people who love RPGs, and especially fans of tabletop gaming.