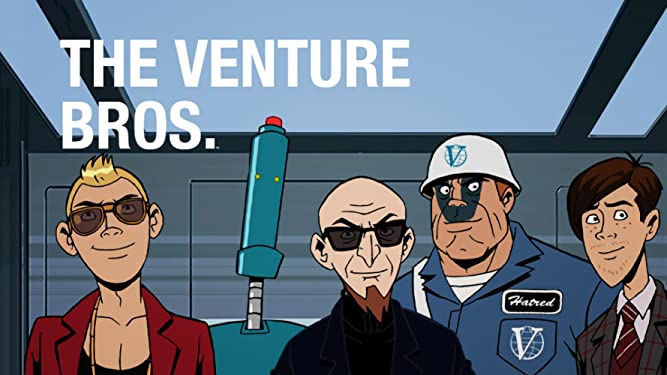 The Venture Bros has been cancelled after 17 years.

Cartoons are one of the greatest forms of creative expression developed by humanity. They allow for the telling of stories that otherwise would not or could not be achieved through traditional methods. Yet there must come a time when all good things come to an end.

The curtain has rung down for the final time on a project that for the last 17 years has been delighting viewing audiences endlessly. Adult Swim comedy/adventure program The Venture Bros. has officially been cancelled.

Rumblings about the shows future began on September 5th when Ken Plume, author of the hit book Go Team Venture!: The Art and Making of The Venture Bros. responded to a Twitter post about shows that were unnecessarily. When pushed for further information, he declined to comment.

Now the official word has been given by the show’s creator and cast member Christopher McCulloch aka Jackson Publick via Twitter.

Reactions to the news have been overwhelming, with countless fans responding to McCulloch’s tweet to express their sadness or offer up fond memories of Venture Bros.

So passes one of the arguably best adult-centric cartoon series of the 21st century. While to some the animation giant may have seemed odd and silly, to others it was so much more. It mixed crude humor with witty dialogue, insane situations with tasteful homages to classic animated kids shows, and gave audiences a variety of characters who became like family to so many. Go Team Venture!