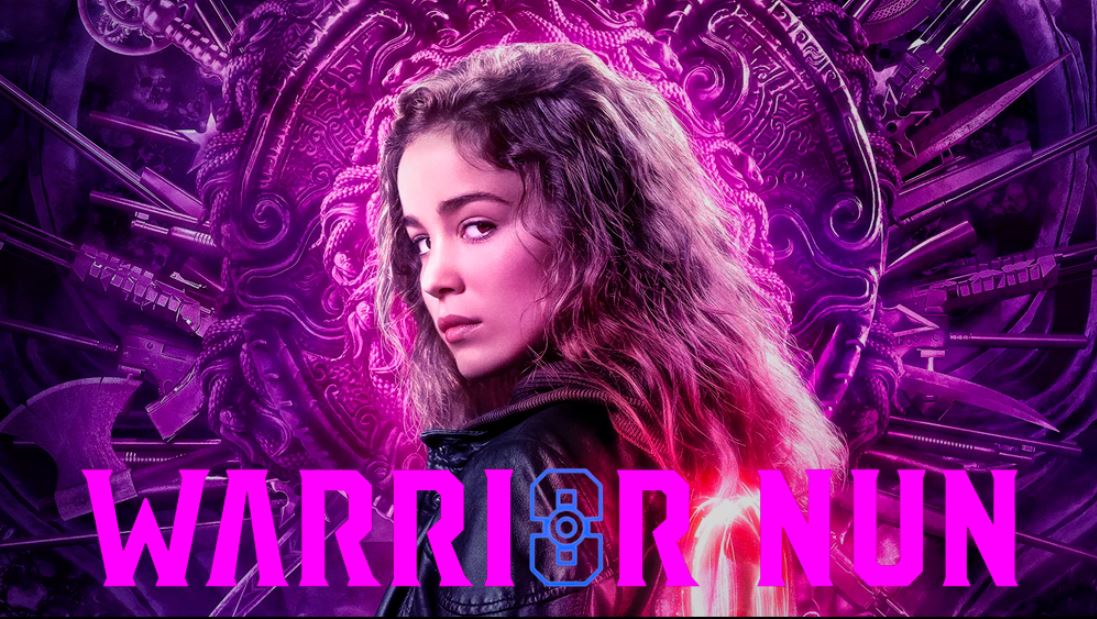 Our review of Netflix’s “Warrior Nun.”

As the popularity of superheroes and franchises have spiked in the last decade, so too has the appeal of adapting other comic book properties for the small screen. Shows like AMC’s The Walking Dead and Preacher and Netflix‘s The Umbrella Academy have each been a smashing success among wider audiences. Netflix decided to test its luck and produced another TV show adapted from a comic book this year, Warrior Nun.

Warrior Nun is based on the comic book series Warrior Nun Areala, created by Ben Dunn and first published in 1994. The story centers on Sister Shannon Masters, who is inducted into a secret Catholic order called the Order of the Cruciform Sword. This order consists mainly of nuns who have dedicated their lives to protect the world from demonic activity. Sister Shannon is eventually granted the gifts and title of the chosen “Warrior Nun Areala,” the order’s ultimate weapon against evil.

However, Netflix chose to create a completely new character as Warrior Nun’s protagonist and relegated Sister Shannon to a mechanism in the inciting incident. The pilot introduces the audience to Ava (Alba Baptista), who is dead. An ambush during a mission has forced the warrior nuns to retreat to the church where Ava’s body rests. Sister Shannon (Melina Matthews) is dying, and the source of her power (an angel’s halo) must be protected. In the chaos, the halo is hidden in Ava’s body, which results in her resurrection.

Ava became a paraplegic after an accident as a child, and upon resurrecting, she experiences the full use of her body once more, with the bonus of a few supernatural powers. Ava’s central conflict throughout the show is between her desire to experience life “normally” and the fact that she would not be alive or have use of her body without the Halo, which has a sacred duty attached to it that Ava has no interest in.

The first few episodes serve as Ava’s initiation into a world where demons must be fought by nuns and science clashes with religion. Unfortunately, this interesting premise is encumbered by an unlikable protagonist and repetitive writing. Ava is whiny and selfish, rightfully deemed by the other nuns as “undeserving” of her power. Although comedic at points, Ava’s “brutally honest” dialogue and constant inner monologues quickly become cringey and over-expository.

Ava spends a majority of the show running away from the Order, who keep tracking her down to convince her to help them. Episode 6 is possibly the worst example of this (however, it was also the first episode with no narration from Ava, which made it somewhat refreshing.) The last two episodes are unarguably the best, but they are rushed and packed to the brim. The season’s ending only makes it clearer that the pacing as a whole was poorly prioritized.

Warrior Nun is rife with missed opportunities to deliver on a unique concept, especially considering its realistic approach as opposed to a stylized one. The costumes, set design, stunts, and cinematography are all fantastically done, but they are not strong enough to prop up a weak script with inconsistent pacing and unclear purpose. Netflix’s decision to create a new protagonist seems like a detriment to the show, which also fails to cash in on its more interesting characters (such as Beatrice, Lilith, and Shotgun Mary) and wastes time on others who have no impact on the plot whatsoever.

While watching Warrior Nun, I found myself reminded of The CW’s Supernatural and NBC’s short-lived Constantine series, both of which I enjoy and which operate on a similar premise with a good dose of cheese. Warrior Nun unfortunately lacks the charm and self-awareness of the other two, unable to balance its cool, trailer-worthy moments with the relatability it leans so heavily on Ava for.