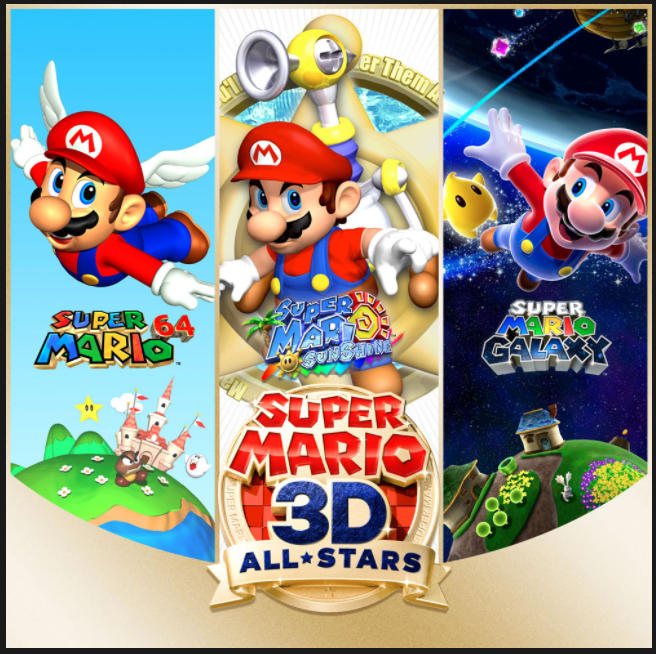 Return to the world of Mario 64, Sunshine, and Galaxy with Super Mario 3D All-Stars.

All three games have been updated for re-release on the Nintendo Switch, complete with HD graphics, higher resolution, and better picture. Super Mario Galaxy specifically will also be able to make use of the Joy-Con controllers’ motion controls, mimicking the Wii Remote and allowing for gameplay just like Galaxy’s original release over a decade ago.

In addition, Super Mario 3D All-Stars will also include the soundtracks from each game, with over 170 songs in total.

Super Mario 3D All-Stars will be available for a limited time from September 18th to March 2021. You can check out the full Super Mario Bros. 35th Anniversary Direct below.