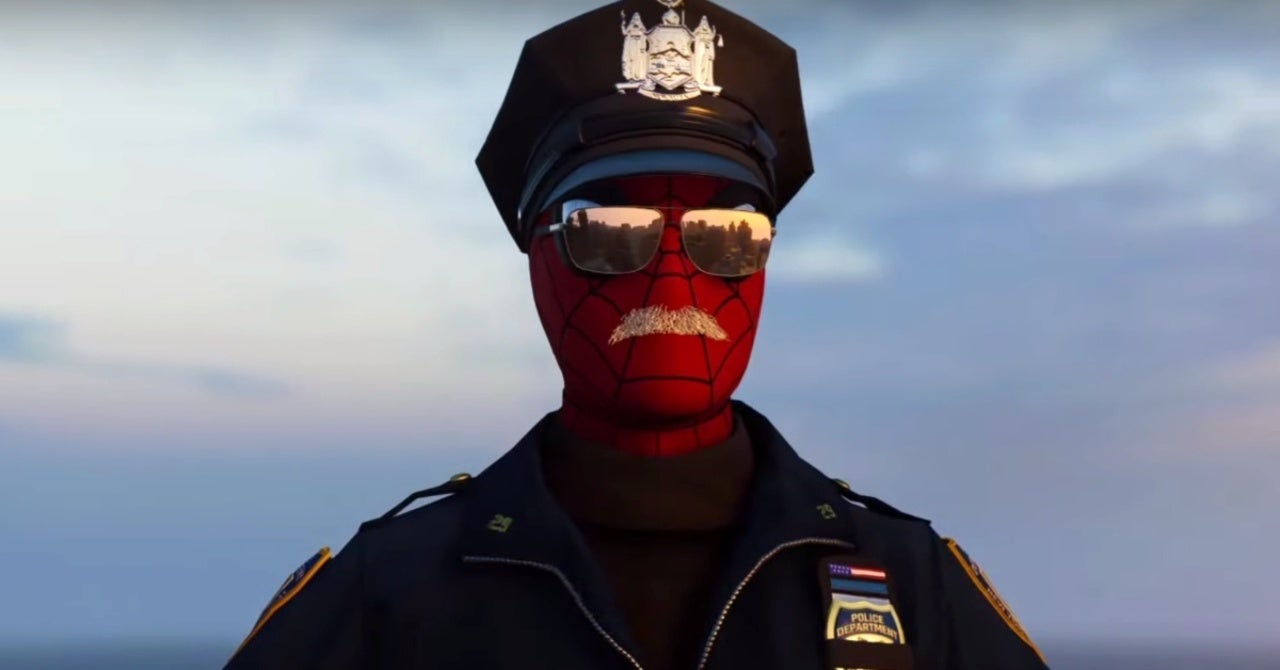 An unused Spider-Cop costume has been found in the code of “Marvel’s Spider-Man.”

Throughout the highly regarded PS4 exclusive Marvel’s Spider-Man, Spidey describes a fictional version of himself named Spider-Cop in conversations with his NYPD friend Yuri Watanabe. Apparently this character was meant to be more than a tool in Peter Parker’s arsenal of quips, but a costume to be worn in the game as well.

Originally reported by Comicbook.com, a fan has found unused content in the deep files of the game through modding. Modder jedijosh920 posted a video to his YouTube channel in which the suit is being worn by Spider-Man in the game. You can watch the video below:

Of course in the video, the webslinger is locked into a comedic T-pose during gameplay, but this is concrete proof that the costume is in the game somewhere fully complete and ready to go. It is unknown why the suit was left out of the final game, but it is pretty incredible that one of fans’ biggest requests for a costume was actually considered at one point in the development of the PS4 hit.

Perhaps the coding will be used in a possible PS5 version of the game, but we won’t be sure unless Sony or Insomniac comments on the suit. In the meantime, players will have to be content with just the Spider-Cop-related dialogue already in the game.