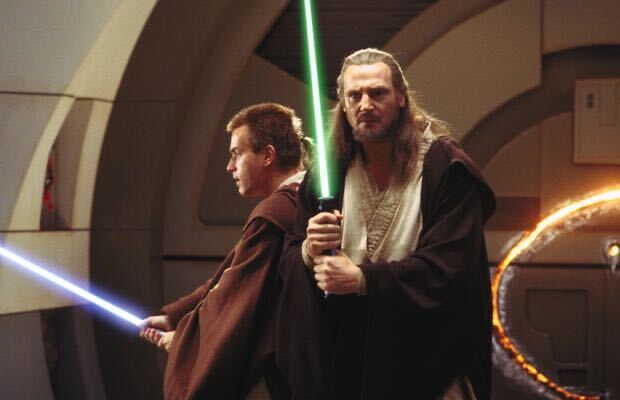 “The Force is unusually strong in him.” Liam Neeson defends one of the more divisive Star Wars films, The Phantom Menace

In 1977, George Lucas launched the first installment of what was to become not only one of the strongest trilogies of all time, but one of, if not the most popular franchise of all time.

Sixteen years after the conclusion of the original trilogy, Lucas returned to the Star Wars franchise to launch yet another trilogy dubbed the prequel trilogy. This trilogy, featuring episodes one through three, takes place before episodes four through six and for better or worse, delved deeper into the lore of the universe and expanded upon many aspects of the original trilogy.

Star Wars Episode I: The Phantom Menace, released in 1999, quickly became divisive among fans, and even to this day, many fans are still baffled by the inclusion of the character Jar Jar Binks. However, despite its flaws, there are some things fans can agree on, such as Ewan McGregor’s excellent portrayal of Obi-Wan Kenobi. Fans can also agree that the appearance of Qui-Gon Jinn, played by Liam Neeson, is one of the brighter spots in the film.

In an interview with Andy Cohen, Neeson had this to say in regards to his appearance in Episode I.

“I know a lot of fans and critics didn’t like it. I’m proud of it.”

Although Neeson is absolutely correct about the prequel’s reception both critically and among fans, there are fans who still enjoy and even admire not only Episode I, but the entire prequel trilogy as well. At least Neeson, who is regarded as one of the best aspects of The Phantom Menace, says he is proud of his portrayal of the Jedi master Qui-Gon Jinn, who still to this day is regarded as one of the more powerful Jedi in Star Wars lore.