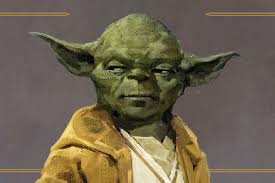 Yoda, will be appearing in Star Wars: The High Republic Adventures comic debuting in 2021. Concept art for a younger Yoda has been release by Starwars.com.

Everyone’s favorite little green Jedi, Yoda, will be appearing in Star Wars: The High Republic Adventures comic debuting in 2021. Concept art for a younger Yoda has been release by Starwars.com.

The Star Wars: High Republic Era will be a cross platform event exploring the time where the Jedi were at the height of their power. These events take place 200 years prior to the events of the Phantom Menace.

This era will be uncharted territory for the Star Wars Universe long before all the favorite characters from The Skywalker Saga were born, except one. Yoda was 900 years old when he became one with the force in The Return of the Jedi.

Even though Yoda will be younger he is still going to be a Jedi Master, but it will not be the wise sage we have fallen in love with over the years.

“The High Republic Yoda is a journeyman out in the galaxy.”

Yoda will be helping a group of padawan who are wondering the galaxy gaining some real hands on experiences. Older calls it,

Older does not take this task lightly even stating he never thought he even get a chance to write for Yoda, because for many years Yoda’s backstory was off limits. Older said,

“It’s an incredible honor to give words to one of my all-time favorite Star Wars characters.”

The concept art created by Iain McCaig can be seen below.

Troy Alders, Lucasfilm art director admitted that it nobody on the team including him really understood the herculean task it would be to create a young Yoda. He said,

“But looking at where we arrived, after many countless explorations and iterations with various creative minds and artists, it feels authentic to what this noble Jedi would wear. Dressing Yoda for this epic time period, and creating designs adorned with gold, using beautiful fabrics and details, is something that he and all of the Jedi very much deserve, and the end result, I think, is gorgeous, and really celebrates this exciting and visually rich, gilded era.”

Star Wars: The High Republic Adventures comic will be arriving in January 2021.