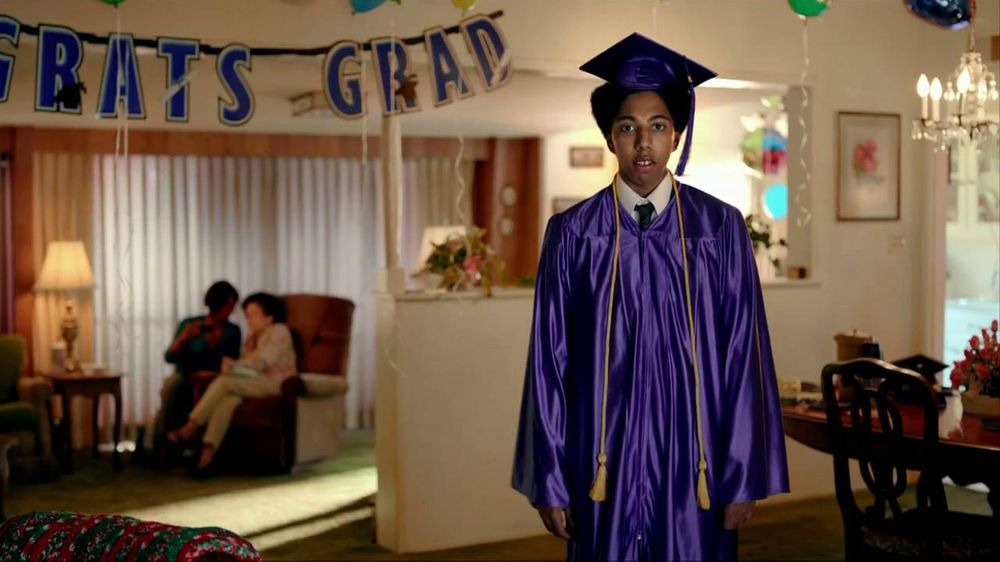 Recently I had the opportunity to interview Darsan Solomon about how he came to become an actor, his experiences on Community, and even a hint about the future.

You may know him as Dave, one of Jeff Winger’s students, on the hit show Community, but Darsan Solomon is so much more. Recently I had the opportunity to interview Solomon about how he came to become an actor, his experiences on Community, and even a hint about the future.

2020 being a year with quarantine, global pandemics, and Black Lives Matter Movement it has been one for the record books. I asked Solomon how this year has been and how he was spending quarantine.

“Oh jeez, what is time anymore, right? My afro has gotten pretty big now. I have my dog, Nellie, keeping me company since I’ve been indoors most of the time. I always wear a mask when I go outside because staying healthy and keeping others healthy is a good thing.”

Solomon also said that he does not go out much anyway prior to the pandemic shutdowns but that he admitted,

“Mourns the loss of eating at a restaurant whenever I want”

He he completed playing the Final Fantasy 7 Remake in its entirety during quarantine. He also has been enjoying the recent surge in the people discovering Community now that it has made its way to Netflix.

Along with the Zoom Live Table read fundraiser the hype surrounding Community is at an all-time high.

Solomon also got to enjoy the 10-year anniversary of the show Victorious that he was on. When he is not playing video games or reminiscing on his past roles, he also has a secret project.

He could not go into too many details, but he stated that he was working on a TV show concept prior to start of the pandemic. He said that it is,

“Quite challenging to feel creative with the pandemic and police brutality, I’m glad I at least have that to do.”

Solomon was born in Los Angeles and if you would look at his parents you would think he was born to be in the entertainment industry.

His mother is a member of the Academy of Television Arts and Sciences and his father was a professor at the USC film school. His mother even won an Emmy working on the Muppet Babies. Solomon said,

“Funny enough, I wasn’t ever groomed to be an actor as a kid. I chose this path on my own.”

Growing up playing piano and tuba, dancing, and martial arts were where his “affinity and appreciation for performing,” began. Then career day came, and Solomon had the opportunity to meet with many different professions and whether it be by fate or destiny he went for the one for acting. According to Solomon that day really stuck with him.

In the summer of his senior year he played Scar in a theater adaptation of the Lion King, and according Solomon,

“I realized I wanted to act professionally since I liked it so much and people told me I was good at it. I signed with an agent a few months later, got the role of Burf on Victorious not too long after, and here we are now.”

Solomon graced the small screen as Dave, on Community. As a fan of the show from the very beginning of the shows run, I had to ask what it was like being on the set of a show like Community. Solomon said,

“I miss Community sooo much. That show could take an absurd concept like paintball, unwaveringly dial it up to a 10, and make it pay off by keeping just the right amount of grounding in reality. I wish more shows took creative risks the way Community did. It’s probably why it holds up so well…”

Getting on a show like Community is not an easy feat and according to Solomon it is all thanks to Sprint, well at least a Sprint commercial he stared in. Solomon recapped the experience on how he was able to land the part. Solomon said,

“I did a Sprint commercial in 2012 during their unlimited data campaign where they had people lamenting about data caps ruining their life. I played a graduate whose mom couldn’t share his photos because she used the last of her data on a cat video. It was funny, and my face was everywhere. The casting director of Community, Juel Bestrop, saw it and decided she HAD to meet me. It was about a yearlong process of audition after audition before I eventually joined as Dave in Introduction to Teaching in season 5. After we wrapped, Joel McHale and a few others told me I’d be back, and they were right. I almost came back for more of season 5, but it didn’t work out until season 6.”

The Sprint Commercial can be seen here.

Community is show very much about the central study group, but Solomon’s character Dave stole many scenes he was in, including that first scene with McHale.

Thankfully McHale and others assessments of Solomon were accurate and he did end up coming back for the final season.

Solomon was no stranger to joining a show that was deep into the shows run. He said,

“It was my second time joining a show that was pretty far along in its run. It can be a little intimidating to join a cast after they’ve already spent years together, but everyone was so welcoming to me. We had some pretty looong workdays, and it made a difference to have such wonderful people to be stuck with for hours and hours.”

In those long hours Solomon made some lasting friendships and was a part of a truly amazing show in the process. When I asked Solomon, what was his favorite moment on the set of Community he was unable to give a single answer.

The tie came down to two moments. The first of which was while waiting for the crew to reset the camera. Solomon said,

“Joel was reviewing submissions for The Soup. He mentioned the turtle sex video, and I, not having seen it yet, asked the fated question: “What’s turtle sex?” Everyone within earshot’s head turned, and they all ran over to show me turtle sex.”

The second of which came with co-stars Alison Brie and Paget Brewster. Solomon retold the interaction,

“I came to set, and I joined their conversation. A little later, with no segue at all, Paget tells us she knew of someone who put a Ticonderoga pencil up his dickhole. That’s how I learned about urethral sounding. Thanks, Paget.”

These moments show just how comfortable everyone was with each other on set. These stories only further confirm what the majority of the cast has said about how the cast and crew became like a second family.

Awkward topics of conversation was not the only memorable moments he had on set. He had to give an honorable mention to one of his scenes in episode title Ladders. Solomon said,

“Jeff passes Britta the bottle to pour Dave a drink and start the speakeasy, Gillian missed the bottle on one take, and I almost got nailed in the face by a glass bottle. Good times…”

On the most recent Darkest Timeline Live with McHale and Ken Jeong they answered fan posted questions. On this episode the duo was joined by Brie and one of the questions was regarding Dean Pelton’s “Hot-List”.

In the show it was never specifically said who was number one and when Brie was asked who it was, she said it was Dave.

I had to ask Solomon if he had a comment on that hot take and he had this to say,

“Alison is beautiful, and Dean Pelton has great taste. If they say I’m the most attractive Greendale student, then who am I to argue with that?”

I asked Solomon if there was anything in the works for him besides the aforementioned tv show concept he said that he was in a film call Never and Again that was initially supposed to come out this year but the pandemic has thrown a wrench in much of the worlds plans.

Solomon said this about his fans,

“I really appreciate everyone’s support. Knowing that people appreciate me and the projects I work on helps make everything feel worthwhile. I know that sounds pretty cliché, but it’s true. I hope everyone is staying safe during this challenging time, and I look forward to when the pandemic is over and I can go back to spending most of my time at home by choice!”

Solomon is a young talented actor and has potential for far more then just acting. One thing is clear, the future is undeniable bright for Greendale’s Hottest Student.

For more Darsan Solomon check him out on social media