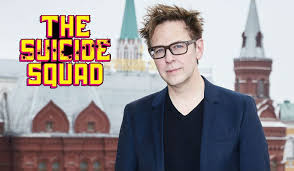 James Gunn, celebrated his birthday by dropping a new logo, news about DC FanDome, and happy birthday wishes from the cast.

James Gunn, famous director best know for The Guardians of the Galaxy movies, is directing the new Suicide Squad. He celebrated his birthday by dropping a new logo, news about DC FanDome, and happy birthday wishes from the cast.

Gunn celebrated his 53rd birthday in style. The official Twitter account of the new Suicide Squad movie dropped a minute-long clip of the cast wishing him a happy birthday.

Everyone did so with their own special flair. From Margot Robbie wishing him a happy birthday from Harley Quinn and herself, to Michael Rooker wondering why he still celebrates birthdays due to his age, it was clear that his cast adores him.

The fun did not stop there–Gunn himself bestowed a few gifts on the fans on his birthday. He posted the Suicide Squad logo on Twitter in multiple languages and even confirmed that there was much more coming at DC FanDome later this month on August 22nd.

Maybe even the best news that came from these tweets was Gunn’s comments involving the apparent culprit for the lackluster first installment of the DC team of villains, studio interference. Gunn confirmed that

“The Suicide Squad is 100%, zero interference, no-holds-barred ME”

There could be no better news right now in this covid-19 world of uncertainty. Thanks to Gunn, we all have something to celebrate on August 22nd when Suicide Squad takes over DC FanDome. The Suicide Squad is still set to release one year from today on August 6th, 2021.