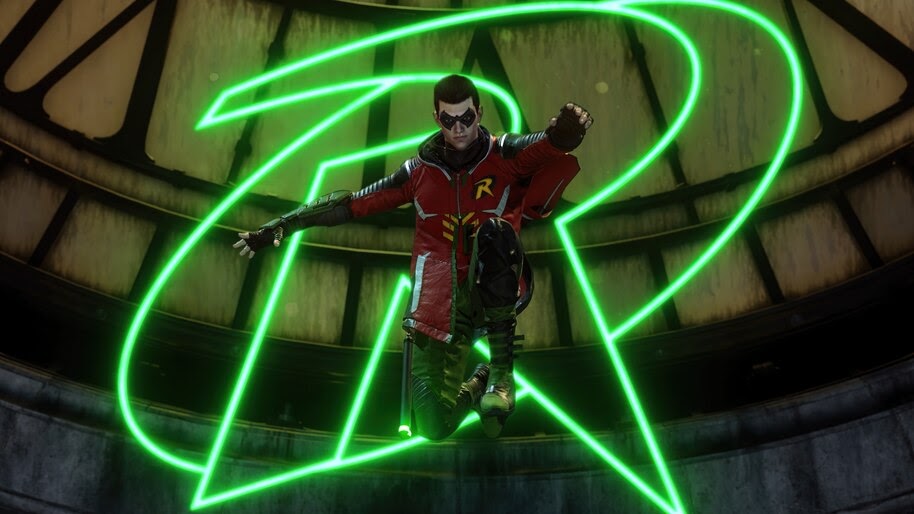 The “Gotham Knights” creative director has provided insight on Robin’s story arc, while teasing his potential ascension to the moniker of Dark Knight.

The trailer for upcoming action role-playing game Gotham Knights debuted at DC FanDome last week, and along with it came a myriad of questions regarding the game’s story, with one of the biggest regarding the identity of the game’s Robin. With design hints alluding to both Tim Drake and Damian Wayne, the identity of Knights‘ Robin proved a compelling mystery. In a recent interview with ComicBook.com, Gotham Knights Creative Director Patrick Redding has cleared up the confusion, while providing insight on Robin’s story arc and teasing his potential ascension to the moniker of Dark Knight.

“So Tim Drake was our Robin choice right from the start and for reasons that I’m not going to get in to yet, because it does tie into the broader arc of the story, and we will talk about that a little later. Tim was the right Robin to be the newest Robin for where we’re at, and as well for us, it allowed us to have a teenage Robin who was nevertheless still a physically formidable and physically credible fighter. Even though he has more of a stealth focus and a bit more of a focus in terms of how he’s using his gadgets and using the tricks and detective intuition that he has, we still wanted a Robin that could credibly go through a full evolutionary arc that would end with him being the new Dark Knight of Gotham City.”

Tim Drake, Gotham Knights‘ chosen iteration of Robin, has something of a dedicated fanbase, with many fans voicing their hopes of one day seeing Tim Drake in live-action. For fans such as myself who grew up with the character, whether that be reading his exploits in War Games and Infinite Crisis or playing as him in Lego Batman: The Videogame for the Nintendo DS, the prospect of playing as Drake in the upcoming title is a very appealing one.

“So that for us made a lot of sense, and it’s great because if you’re familiar with the lore and you know your way around the various stories about Tim Drake, it’s not like completely unexplored territory. People have asked the question of, ‘Where’s Tim going? What’s he turning into?’ People sense that he might be a better detective than Bruce Wayne on some level, but he also has some of Bruce’s other core idiosyncrasies as well and what is that going to evolve into? So for us, it’s really fun, narratively and in terms of his progression. He’s a character who I love thinking about because what kind of urban legend does Tim Drake create about himself when he is on the path to Knighthood?”

Redding is right in his assertion that the prospect of Drake as Batman is not, as he puts it, “unexplored territory.” Very famously, Drake takes up the mantle of Batman after the death of Terry McGinnis in The New 52: Futures End and the rebooted Batman Beyond. However, these stories are played more as alternate dystopic futures than anything concretely canon. More often Dick Grayson, one of Tim’s predecessors, has taken Bruce’s place, lifting into the role more easily as a bona fide vigilante of his own.

Gotham Knights features a cast of four playable characters: Dick Grayson / Nightwing, Barbara Gordon / Batgirl, Jason Todd / Red Hood, and Tim Drake / Robin. Set in a timeline where Bruce Wayne and Jim Gordon are dead and Gotham City has descended into a state of lawless chaos, the four vigilantes must work together with allies Alfred Pennyworth and Renee Montoya to defeat the sinister Court of Owls. The trailer, which dropped at DC FanDome during a dedicated Gotham Knights panel, has since amassed two million views on DC’s official YouTube channel.

While reactions to the reveal trailer were positive, the gameplay received a more polarized response, with many fans voicing concerns at the more RPG-style gameplay that skews closer to Assassin’s Creed than anything in the Batman: Arkham games, believing that these changes will negatively impact the game’s combat. We will have to wait and see if these concerns truly are well-founded or are more of a knee-jerk reaction to a shift in game design.