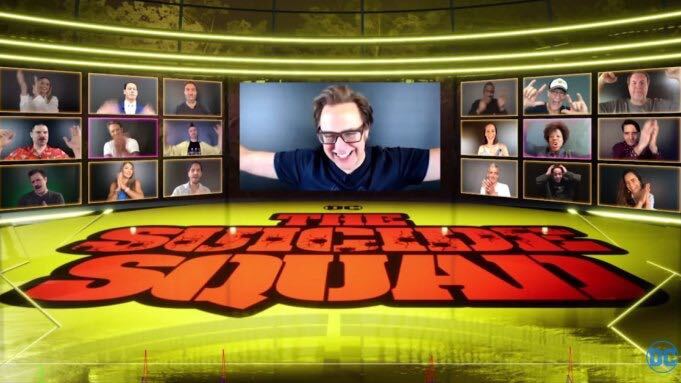 Warner Bros’ initial plans for a sequel to David Ayer’s Suicide Squad began before the film’s release and were eventually confirmed in March of 2016. Despite the fact that Ayer’s Suicide Squad resonated with fans with impressive box office numbers, it was widely ridiculed by film critics and hardcore DC Extended Universe fans alike, who sensed that Warner Bros meddled with the original theatrical cut of the film. After Ayer dropped out from directing the sequel, Warner Bros turned to Guardians of the Galaxy director James Gunn. Gunn at the time was terminated by Disney from directing the third entry in the Marvel Studios cosmic franchise and was hired to pen the DC film’s script before eventually agreeing to direct the film in 2019.

After filming wrapped, fans have been subject to multiple teases about the film from Gunn and his fellow castmates, however nothing official. Fans have been eagerly and patiently awaiting for anything official that pulls the curtain back on Gunn’s DC Cinematic Multiverse entry. The wait is over, as James Gunn’s The Suicide Squad DC FanDome panel for the film took place Saturday.

The panel kicked off with Gunn answering questions posed by fans ranging from when he was first introduced to the Suicide Squad to what inspired him to choose the specific villains that are part of this iteration of Task Force X . After the fan questions concluded, Gunn presented a “Roll Call” video that revealed what character each actor is portraying. Aside from Margot Robbie, Joel Kinnaman, Viola Davis, and Jai Courtney returning to reprise their roles from the previous film, here’s the full cast announcement:

After the full casting announcement, Gunn brought the cast out to the virtual panel and proceeded to play trivia with the cast members, testing their comic book knowledge about Task Force X. After Viola Davis’ team took the victory, Gunn then revealed an exclusive behind-the-scenes sneak peek into the film.

While the footage is light in terms of plot details, fans can acknowledge throughout the footage that Gunn and his crew pulled out all the stops to make sure the Suicide Squad’s next cinematic adventure was an “authentic sequel” to John Ostrander’s original comic book run. It also appears that the cast genuinely enjoyed shooting the film, and it will be interesting to see when the next reveal, such as a full length trailer, will be. Until then, fans will have an a surplus of info to break down from this panel and the many more that will take place throughout the day at DC FanDome.