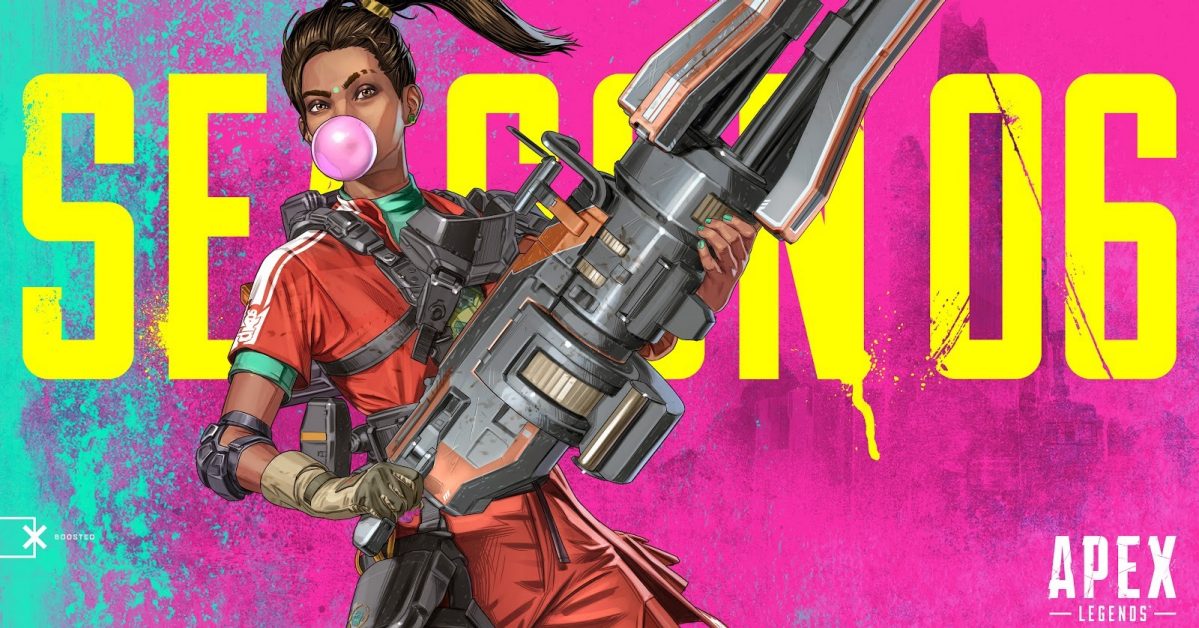 A new season, a new Legend, a new zone to drop hot…gear up squad!

Respawn Entertainment welcomes players back to another season of Apex Legends, Season 6: Boosted. While there is no new map, there are many map and gameplay changes to keep things fresh and exciting.

For starters, World’s Edge is still here but some areas have been modified, some have been replaced. Launch Site, Countdown, and Staging are all new map changes that were added. Rising Blast Walls are a new addition to fortify your position at those locations.

The train that would circulate around the map is no longer in use, parts of the train are scattered along the track with loot bins intact. Gone is the ever-so-popular Mirage Voyage, where we would drop hot and get the party started. As with every map update and change over the past year and a half, it’s only a matter of time before players become accustom to the new areas and possible rotations season six has to offer.

In addition to the map changes, Apex Legends is now integrating an in-game crafting system. Scattered around the map will be Materials you can collect, some as easy as opening a loot bin, others by looting a Material canister.

With the Material in hand, you can get yourself to a Replicator to craft yourself some loot ranging from a higher tier backpack to a digital threat scope to a weapon or even to upgrade your EVO shield. All crafted items will either rotate daily or weekly, which will be notated in the Replicator menu.

Speaking of EVO shields, all shields in season six will be EVO shields. That’s right, everyone has a chance to evolve your shield to maximum armor either by doing damage or using Material at a Replicator.

What would a new season be without a new Legend to enter the fray? Meet Rampart, an expert modder who made her name in underground fight clubs, Rampart talks big and has the ballistics to back it up.

She comes equipped with Amped Cover, a tactical ability Titanfall players will recognize, where she will drop a shield that blocks incoming attacks but amps outgoing shots. Her passive ability, Modded Loader, will increase magazine capacity and faster reloads for LMG’s and her Minigun. Rampart’s ultimate will be a favorite among squads, a mounted Minigun, “Sheila”, that anyone can use.

In addition to the map changes, crafting, and Rampart, developers behind season six also made a few more changes,

Make the most out of Apex Legends Season 6: Boosted with the Battle Pass to unlock more Legend and weapon skins, holo sprays, divetrails, emotes, the season six Quest following Rampart, and much more! Let us know what changes you’re looking forward to in the comments below!