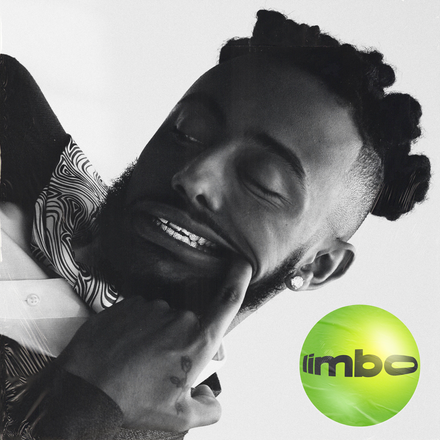 Despite its shortcomings in some areas, Aminé’s sophomore album is fun, exciting, versatile and offers more of what made him click in the first place.

Aminé is a Portland rapper known for his 2017 hit song Caroline which appeared on his debut album, Good For You back in 2017. Limbo is Aminé’s second album. It was released on August 7, 2020.

For the majority of its runtime, Limbo is pretty solid. The intro track, for example, has a very tasteful soul sample and lyrically, Aminé is focused, witty and unapologetic about his roots and I couldn’t think of a better opener for Limbo. The following track “Woodlawn,” titled after Aminé’s home neighborhood, is an introspective look into Aminé life and his journey in the rap game. Though not as hard-hitting as the intro, “Woodlawn” does manage to keep itself afloat mainly due to the sincerity of the lyrics. Aminé gives a heartfelt shoutout to his incarcerated friend and talks about how the passing of the legendary basketball player Kobe Bryant has affected his life.

Aminé teams up with artists JID and Charlie Wilson for the track “Roots,” which is a significant highlight in the track list. The song is about the roots of their heritage and also contains lyrical metaphors for literal roots.

The track “Can’t Decide” is a relatively milder record. The guitar sample is pretty and the song sonically doesn’t flow quite smoothly, but it’s Aminé’s songwriting that makes the track feels less significant than the others.

“Compensating” with Young Thug is a bouncy banger that finds both artists mourning their past relationships. Aminé, Slowthai and Vince Staples come together for the most high-octane and bassy cut on the record. Aminé opens his verse with a reference to the time when Britney Spears shaved her head and the guest artists operate on a similar energy.

The tracks “Riri”and “Easy,” though, are two of the weakest songs on the album. Aminé’s singing is quite bland on both tracks, and “Easy” especially feels like a failed attempt at a sexy RNB jam.

Thankfully, things pick up again on “Mama,” a wholesome and heartwarming tribute to Aminé’s mom. The track is simple and straightforward but the heart Aminé brings on the song gives it more than enough emotional depth.

The last three tracks of the album are also pretty good. Although “Becky” may not be as solid as the other two, its interesting topic about the struggles of an interracial relationship makes for a dynamic listening experience (even if Aminé, for some reason, doesn’t explore it as thoroughly as he could have). “Fetus” with Injury Reserve is about fatherhood and Aminé’s dilemma regarding whether or not he is ready to be a father. Aminé’s verse is thoughtful and engaging, and rap trio Injury Reserve does not fall behind with their guest performance either. “My Reality” is a soulful and worthy closer that explores topics such as pursuing one’s dreams and trying to succeed.

Overall, Limbo is a fun-enough crop of songs that proves just how much potential Aminé really has. Although the album is not the most original one and Aminé hasn’t completely come into his own artistically, he can be said to be well on his way.