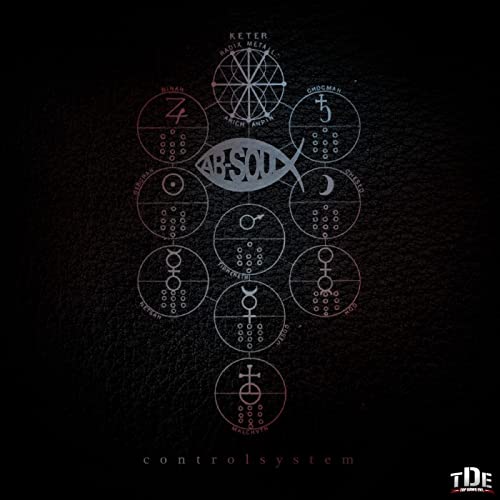 8 years after its debut, California wordsmith Ab-Soul’s second LP is just as relevant and important as it was upon its initial release.

Ab-Soul is a Top Dawg Entertainment signee and a member of the West Coast musical outlet, Black Hippy. Prior to Control System, Ab-Soul released his debut studio album Longterm Mentality, on April 5, 2011. Control System was released on May 11, 2012.

Throughout its runtime, Control System is filled with strong flows, concepts and distinct personalities that Ab-Soul showcases. From the very first track, “Soulo Ho3,” listeners get a glimpse of the kind of environment this album addresses and inhabits. The digitized voice and the opening monologue of guest artist, Jhene Aiko, gives a dystopian, futuristic feel and Ab-Soul delivers an introspective verse about his presence in the landscape of rap at that time. On one of the lines here, Soul gives a shout-out to his late love interest, Alori Joh, who played a huge part in the creation of Control System.

“ Missing Alori Joh, it’s been a minute since I saw her smile

Ab-Soul keeps the similar energy during the three songs that follow the intro. His lyrics depict the mental state of a hardened gangster living a carefree life, or at least pretending to be carefree to hide the pain he is feeling underneath. The lyrical content on all of those tracks is mean, freaky and sometimes mysterious, with Soul rapping about how he coexists in places people wouldn’t even know existed. The somewhat ambiguous and dark lyrics like this one are more than abundant on the album. “Terrorist Threats” with artist Danny Brown is very cinematic and menacing. Essentially, the main theme of the song is about how all the rival gangs in the world can unite and take out the military.

It is on the track “Pineal Gland” that the theme of the record gets even bleaker in tone. The song is inspired the psychedelic drug DMT, and a lot of the lyrics refer to things such as out-of-body experiences and hallucinations, and Ab-Soul even gets philosophical with some of the themes he explores. “Double Standards” is yet another highlight in the track list, like pretty much all of the topical songs on the record, Ab-Soul is at the top of his game in terms of writing on this track. The song is about exactly what the title suggests: Soul’s perspective on how society decides what’s right or wrong and what a man or a woman can or cannot do in a relationship.

Some of songs that follow “Double Standards” can be said to be the relatively weak crop of the album. They pale in comparison to the high-concept tracks that make up most of the album and the features attached to them are also just decent at best. But things pick up once more on the track “Illuminate” with Kendrick Lamar. The track is lighter in tone compared to most of the songs but just as hard-hitting, and Lamar’s feature, which comes towards the end of the song, is one of the best on the entire record.

Soul continues the dark and foreboding narrative on almost every track in the third leg of the record, and it’s great, but not every single song connects. For example, the track “Rebellion” is easy on the ears and provides breathing space in the otherwise heavy and gritty track list. It is not that strongly structured, and the track fails to build up to anything unique or grand, and the production is quite run-of-the-mill.

Now on the last three tracks of the album, everything really comes together amazingly. Starting with the song “Beautiful Death,” which is an extremely introspective and personal song about death, dying for a great cause, making one’s life meaningful by contributing towards something that, in time, will change people’s lives for the better. Ab-Soul’s lyrics are so sharp and vivid. He raps from the perspective of someone who’s literally on the edge of moral bankruptcy; he’s ready to throw his life away and let it end as a part of something because he never had the chance to make it significant individually. The track is riveting. It’s beautiful, it’s sad, and rapper Punch’s guest verse is equally emotive, rapping about how he’s ready to sacrifice his life in order to make sure his child leads a meaningful life.

“ All I see is confusion and chaos

Unfortunately, the land of the free has little to offer me

And got me often thinking about offing me ”

“Beautiful Death” is a heartbreaking song but in terms of sheer sadness, it does not hold a candle to the absolutely crushing “The Book of Soul.” “The Book of Soul” is arguably the best song on the album. On top of a forlorn, jazzy instrumental, Ab-Soul gets into meticulous detail, talking about the disease that damaged his eyesight and how he and his long-time love interest met during high school and how the remnants of the pain he felt after her passing continued to haunt him. Emotionally, this track is devastating. It’s almost hard to listen to; as the track goes on, Soul also discusses the suicidal tendencies he had to deal with after she passed. Every single line on this song hits you like a gut punch.

Why Lori? Why’d you have to take her from me?

Your picture still on my mirror and it’s so scary

I swear I still ain’t looked at your obituary ”

The Book of Soul

Control System is without a doubt Ab-Soul’s magnum opus. It’s an album that have not only held up against the test of time but also become even more relevant than ever. It is one of, if not the best rap album of the year 2012.