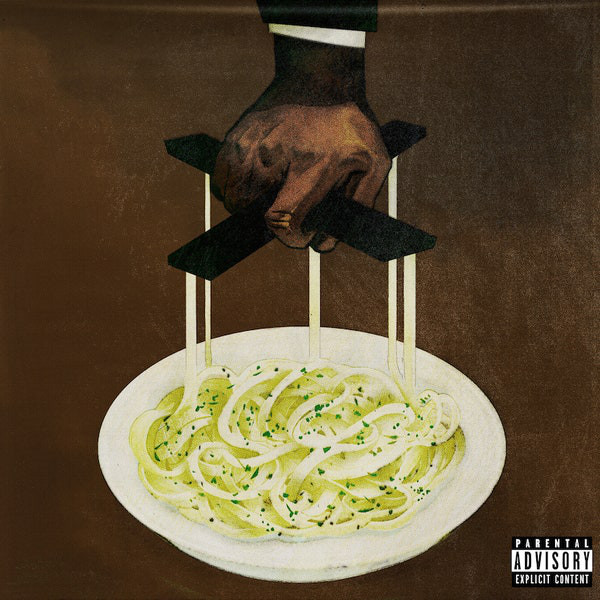 Freddie Gibbs and The Alchemist initially linked up for their 2018 album, Fetti. Alfredo marks the second album of Freddie Gibbs that The Alchemist exclusively produced and follows up 2019’s Bandana, which was a collaboration between Gibbs and legendary producer, Madlibs. Alfredo was released on the 27th of May, 2020.

Alfredo is filled with some significant highlights throughout its runtime, and the majority of the record finds Gibbs and The Alchemist perfectly complimenting each other’s sound and musical style. For example, take a look at the intro track, “1985”–The Alchemist’s dusty, guitar-heavy instrumental creates a perfect atmosphere for Gibbs to deliver his trademark coke talk and gritty lyricism.

Gibbs flows effortlessly; each bar segues into another seamlessly, and the imagery Gibbs presents to the listener is incredibly vivid. The track that follows, “God is Perfect,” is another example of the many masterful and sleek flows Gibbs provides. Gibbs does not fall behind on the lyricism front either. The Indiana wordsmith sounds as mean as ever on this track.

It should be credited that despite having rapped about the topic for years, Gibbs still knows how to drop a bar or two about dealing cocaine in a way that hasn’t been seen before.

The song “Scottie Beam,” named after model Deanii Scott, is yet another highlight. The production is smooth, glamorous, and the piano samples in the background creates a perfect atmosphere for the featured rapper Rick Ross. Gibbs lyrically sounds more politically focused this time around, with the themes presented in the track mirroring the situation with the Minnesota protests around the time of the song’s release. Rick Ross, though not as topically focused as Gibbs, still comes through with an appropriate verse. The instrumental being right up his alley probably helps.

The song “Look At Me” is one of the few relative low points in the track list. The production is solid, and Gibbs still showcases some impressive flows, but lyrically and structurally, the track doesn’t really provide anything special.

Thankfully, things kick into high gear once again on the track “Frank Lucas” featuring Benny the Butcher of Griselda fame. The track is named after a drug trafficker and features two emcees known for rapping about their involvement with the drug game. At this point, you know what you’re getting into, no further explanation needed.

“Something to Rap About” with Tyler the Creator is also pretty good. The “On Love” sample is relaxing and leaves much room for both artists to painstakingly illustrate their verses. Gibbs’ lyricism even gets a tad bit more hopeful towards the last leg of his verse, expressing the desire and the will to live a fulfilling life and grow old.

The line is especially significant if you’re a longtime Freddie Gibbs fan because in the song “Broken” on 2014’s Piñata, Gibbs rapped about how he has seen everything in his life, everything but old age, alluding to the unfortunate passings of young Black males. Tyler the Creator’s verse is one of the best features on the entire record. He makes full use of the dreamy and laid-back instrumentation and gets very introspective, thoroughly touching on topics such as fame, wealth, the things that come with it.

The following track “Baby $hit” is another example of a track that doesn’t stand out as much as some of the other songs on the album. The narrative Gibbs brings is also not that interesting, the idea of a somewhat semi-retired gangster cooking up the you-know-what and cleaning baby diapers simultaneously might have sounded pretty badass on paper, but it didn’t really come together all that well on the record.

“Babies and Fools” samples Andrus Blackwood’s All of Me and features Conway the Machine, another artist from the musical outlet Griselda, who just might have the best featured verse on the album.

Conway goes into meticulous detail. Rapping about something as personal as an incident that fractured your jaw is a level of honesty that most rappers aren’t comfortable with. The heart and the introspection Conway brings is unmatched.

Lyrically, Gibbs takes a very dark and chilling turn on “Skinny Suge”: the track finds Gibbs talking about how paranoia and PTSD affects his life post-dealing. The placement of the track could feel questionable, considering how heavy the song is. I can’t help but feel like it could’ve fit better into the first leg of the record.

The closer “All Glass” showcases some dynamic, fast-paced production, and the vocal samples add a lot of character to the track. Gibbs, as usual, delivers some quality bars about drug dealing and violence. It’s without a doubt a great song, but within the context of it being a closer, Gibbs could have picked something else that gives the listener a better feeling of finality.

Overall, Alfredo is a great album filled with quality verses and quality beats. The album falters a bit in that in terms of content, it can be repetitive to some listeners and some tracks, in comparison to others, could feel a little lackluster. Thankfully, Gibbs’ songwriting and The Alchemist’s versatile production on most cuts make up for the record’s flaws and this album provides more than enough proof that Freddie Gibbs is one of the most consistent rappers working today.

Alfredo features tracks written by Freddie Gibbs, Rick Ross, Benny the Butcher, Tyler the Creator, Conway the Machine and exclusive production by the Alchemist. It is available on major streaming platforms and can also be purchased in physical formats.

View all posts by kemono9
Skip back to main navigation