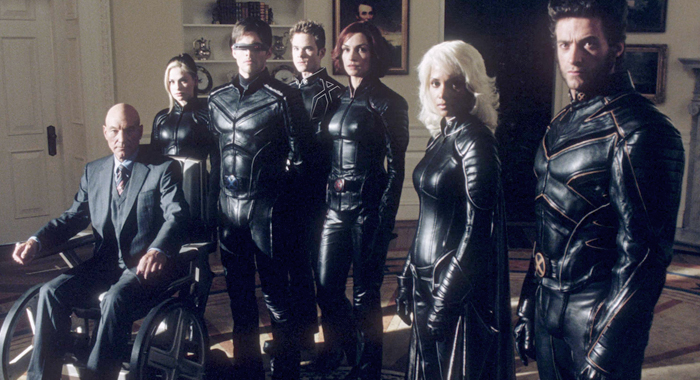 From screenwriting drama to studio withdrawals, Singer’s superhero flick was plagued by a myriad of development issues, some of which have now only recently come to light.

New details have emerged about the troubled production of Bryan Singer‘s X-Men (2000). From screenwriting drama to studio withdrawals, Singer’s superhero flick was plagued by a myriad of development issues, some of which have now only recently come to light in a recent Hollywood Reporter article.

The long, chaotic history of X-Men‘s over-15-year development period is well-chronicled by THR. Development began on an X-Men film in 1984, being shopped around at studios such as Orion Pictures, the now-defunct Coralco Pictures Inc., and Columbia Pictures, before 20th Century Fox, impressed by the success of X-Men: The Animated Series, took on the property. Veteran producer Lauren Shuler Donner purchased the film rights on behalf of the studio in 1994, and for the next few years, a revolving door of A-List Hollywood screenwriters, the likes of whom included Andrew Kevin Walker (Se7en), Laeta Kalogridis (Alita: Battle Angel), and James Schamus (Crouching Tiger, Hidden Dragon) came and left the project.

Bryan Singer was brought on as director after the success of his sophomore film The Usual Suspects (1995). At the time, Singer was looking for a more science fiction-oriented project, and Fox offered him the sci-fi horror film Alien: Resurrection, but producer Tom DeSanto felt Singer’s talents would better serve their developing X-Men film. Singer and DeSanto began working together on a story treatment for the film, leaning heavily into the social allegory of the source material as seen in the finished product.

Christopher McQuarrie, whom Singer had previously worked with on Usual Suspects, was brought on board the project for a three-week rewrite contract on a draft of the script done by Ed Solomon (Charlie’s Angels). However, after a few months and no drafts being turned in to Fox executives, the project’s greenlight was pulled. With no other choice, Singer and DeSanto began developing their own script, eventually bringing on Joss Whedon (Serenity) to aid in rewrites. Whedon’s work was rejected by Singer, who found the tone too lighthearted and pop-culture-y for the story they were looking to tell. It’s a good thing nothing like that ever happened again.

All but two of Whedon’s lines were cut from the film: Wolverine and Cyclops’ exchange during the raid on Liberty Island…

…and Storm’s line during her battle with Toad…

Storm: Do you know what happens to a Toad when it is struck by lightning?

Storm: The same thing that happens to everything else.

During the writing process, Singer began having his assistant, voice actor David Hayter, known for his work as Solid Snake in the Metal Gear series, sit in on story meetings. According to Hayter, Singer would have him sit in on meetings and take notes. Singer, a comic-book “virgin,” relied heavily on Hayter’s encyclopedic knowledge of the X-Men comic books during the film’s development. Eventually, Singer began instructing Hayter to write new scenes for the script in secret. Said Hayter to THR,

“Ralph Winter knew and he asked me to highlight everything I’d done in the script at that point, and it was about 55 percent of the script.”

Until that point, Hayter’s job consisted primarily of answering phones in the production office. A deal was struck between Hayter and Fox executive Peter Rice, who offered the actor $35,000, allegedly telling him, “That’s all you’ll ever get. Be happy with that.”

McQuarrie was unhappy with the result to bring on Hayter and convinced Solomon to withdraw both of their names from the credits of the film, a move that ended up causing both men to lose out on roughly $1,000,000 in the first year in residuals and credit-bonuses. According to Hayter, McQuarrie’s move was “unheard of.”

Ed Solomon, speaking to THR about the decision, had this to say:

“At the time, I no longer wanted my name on a movie if it wasn’t entirely my work. It came more out of immature self-righteousness than anything else, and, in hindsight, it was a stupid move.”

Hayter received sole screenwriting credit on the film, with Singer and DeSanto receiving story credit. Singer and Hayter returned for the film’s sequel, the Singer-directed X2 (2003), a film that, in itself, had an unconventional development process.