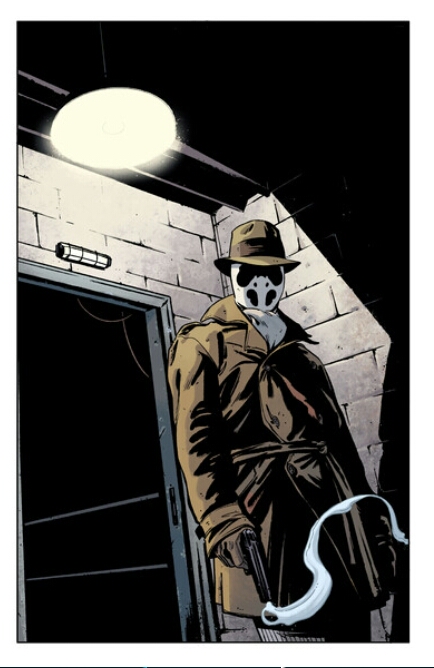 The Story of Rorschach continues on DC Black Label.

The Rorschach series will debut this October, with Jorge Fornés doing the art along with Tom King. With this story being placed on DC Black Label, we can treat this as a standalone tale. The world of this Rorschach series is set 35 years after Ozymandias was exposed for dropping a giant telepathic squid on New York City in the original Watchmen comic.

“Like the HBO show and very much like the original Watchmen comic, this is a very political work.”

This is how DC’s new 12-issue series is described by writer Tom King. We once again get to explore how a world was affected by the ideology of Rorschach.

“It’s an angry work. We’re so angry all the time now. We have to do something with that anger. It’s called Rorschach not because of the character Rorschach, but because what you see in these characters tells you more about yourself than about them.”

Fans of Watchmen are familiar with Rorschach’s death by the hands of Dr. Manhattan. So, it is interesting to hear that another character resembling Rorschach is apart of an assassination attempt on the first candidate to oppose President Robert Redford in decades. Who is this new Rorschach? What are their motives? We are invited to follow the steps of a determined detective as he attempts to uncover these truths and more.

Rorschach #1 will publish on October 13, 2020 and carry DC’s Black Label descriptor, identifying the content as appropriate for readers ages 17+.