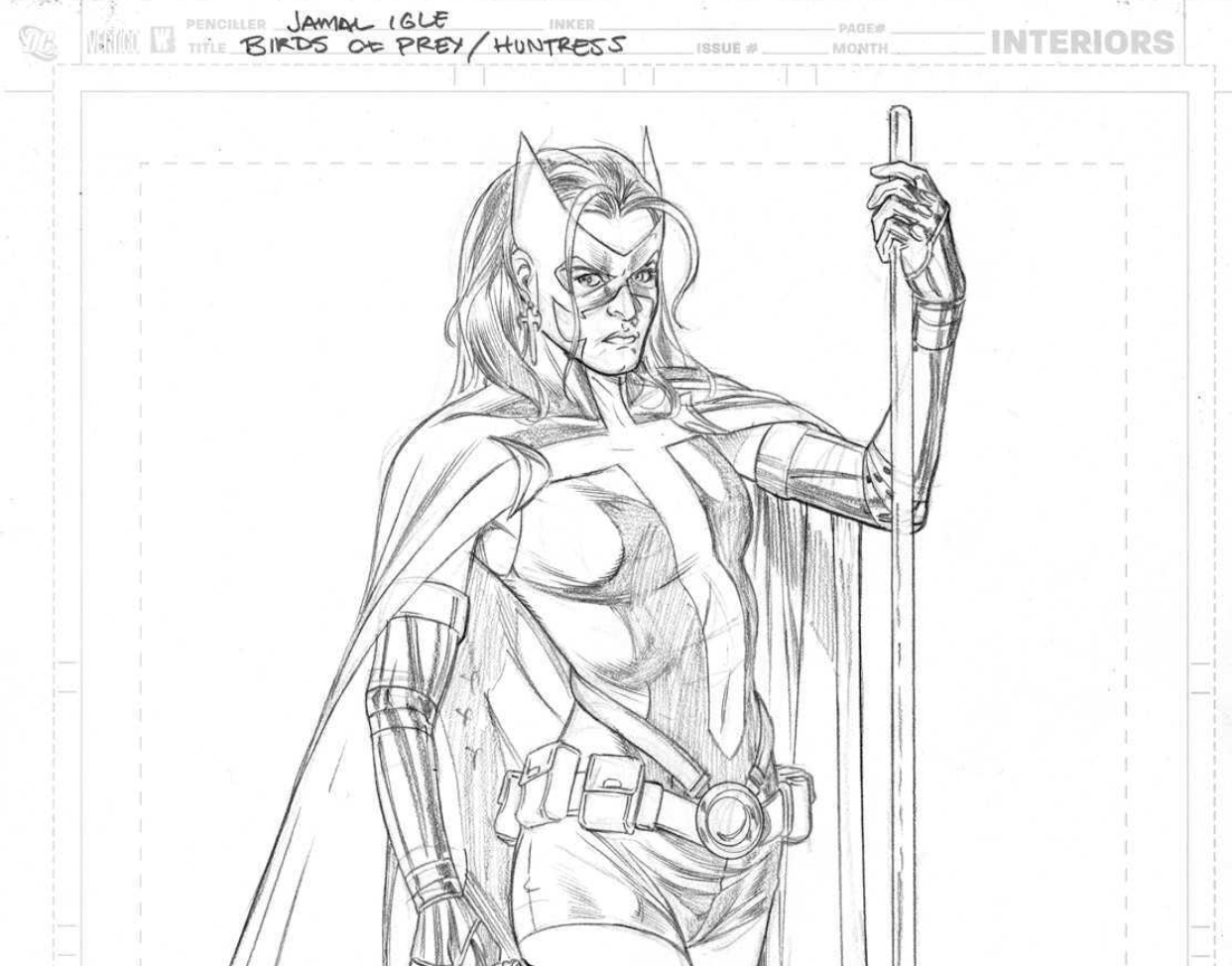 The writer and artist of an unreleased “Birds of Prey” series shared details and art.

Jamal Yaseem Igle, former exclusive DC comics artist for parts of the last two decades, wowed comic fans with some unreleased sketches. Joined by accomplished writer Gail Simone, they displayed an open Twitter conversation that provided a few details of what could’ve been with their former employer.

Simone openly reminisced on this missed opportunity for this series, stating, “[Jamal is] the best guy. But look at that art. We were supposed to do Birds of Prey together. Sigh.” During this exchange, neither of them pinpointed the actual time this series was supposed to occur, but there was a period of time during 2011–2012 when Simone had a hand in writing either a Birds of Prey or Batgirl series.

Regardless of when this moment was, Igle replied, “We had a plan and a vision for the direction of the book that would have turned some heads.”

Touching on the potential story of this unreleased BOP run, Igle draws comparison to The Heroic Trio, a Hong Kong action film was made in 1993, directed by Johnnie To and starring Michelle Yeoh, Maggie Cheung, and Anita Mui as the titular trio. The film also drew heavy comparisons to Terminator 2 regarding its strong female action depiction and nearly unbeatable antagonist.

Igle shared a few more details on their approach to the characters, saying, “I had this vision for Dinah, for everyone, based on specific fighting styles. I wanted to have Dinah to be a drunken boxing style brawler, Helena using Wushu.”

With all these wonderful details, the obvious question remaining is, why didn’t we get this comic run? “Stupid, shortsighted politics got in the way,” Igle wrote. “Basically, it was leaked . . . that I was taking over the book. It was partially my fault because I made a teaser trailer and was going to show it to DC. I posted it to my old website but it wasn’t as secure. That was used as the excuse to pull me from the book but I found out later there was more happening behind the scenes.”

Simone wrote, “This kills me. There were editors who thought they had it all figured out why BOP was successful. If it’s so easy, why couldn’t they make it happen? Then they’d leave and the book would disappear. Makes me bonkers.”

Just another casualty due to power struggles and back-stabbing in the comic book industry, mirroring many other industries. Once again, social media is the means to which we discover and uncover what never was.