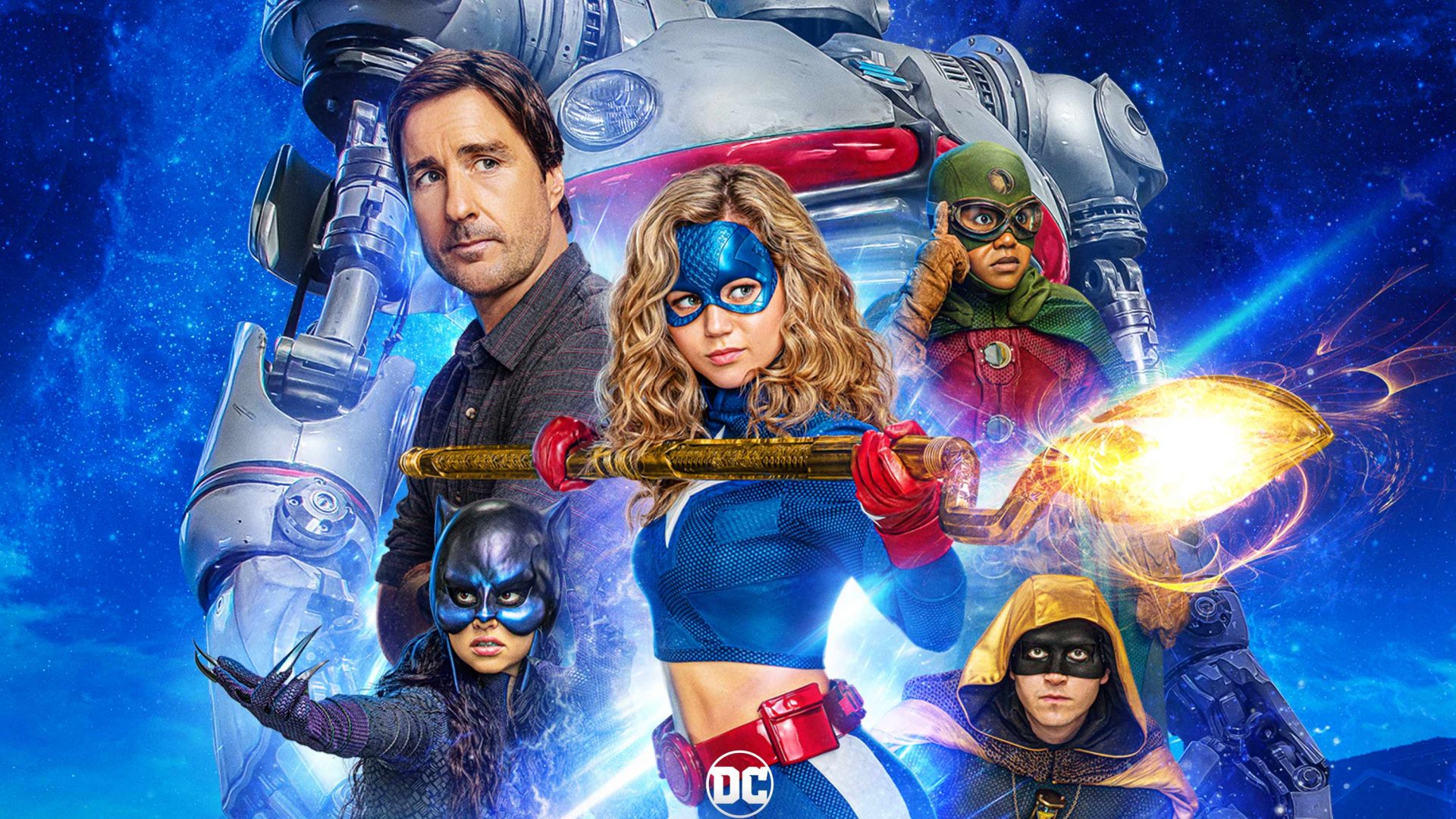 Information about the fall release of Stargirl Season 1 on Blu-Ray.

DC Comics is known for having an amazing stable of characters both good and bad. Superman, Batman, Wonder Woman, Joker, and Lex Luthor: all of these names are synonymous with the DC brand.

Now thanks to the hit show Stargirl (streaming on both DC Universe and The CW), audiences are able to learn about another core group from DC Comics: The Justice Society of America and in particular, Courtney Whitmore/Stargirl.

The JSA is one of the fundamental super-teams in comics. Not only is its roster composed of both first-generation heroes such as Green Lantern (Alan Scott) and Flash (Jay Garrick), but second- and even third-generation heroes as well. With adventures going all the way back to the 1940’s and WWII, this group has been delighting audiences for generations.

Stargirl is a newer character, created in 1999 by Geoff Johns to honor his sister, who passed away in the TWA Flight 800 explosion in 1996. Since her first appearance years ago, Stargirl has become a core part of the Justice Society. She embodies the best qualities of what it means to be a hero, about standing up for what is right even in the face of overwhelming odds, all while still facing the same challenges that come with being a teenager.

Even though the first season still has seven episodes to go before it wraps up, DC and Warner Bros. have put out a press release about the Stargirl Blu-Ray, along with a photo of the gorgeous box art (see below).

There’s a New Hero in Town

Focusing on the character that started creator Geoff Johns’ career in comic books, when he created her, lovingly inspired by his late sister who was killed in a plane explosion, new DC drama series, DC’s Stargirl follows high school sophomore Courtney Whitmore (Brec Bassinger) as she inspires an unlikely group of young heroes to take up the legacy of a long-lost Super Hero team – The Justice Society of America – and stop the Super-Villains of the past.

“There is nothing like watching a Super Hero suit-up for the first time,” said Rosemary Markson, WBHEG Senior Vice President, TV Marketing. “In only its first season, the critically acclaimed series continues to gain momentum, and we are eager to make this outstanding series available on all formats – Digital, Blu-ray and DVD – for fans and newcomers to enjoy.”

With Blu-ray’s unsurpassed picture and sound, DC’s Stargirl: The Complete First Season Blu-ray release will include 1080p Full HD Video with DTS-HD Master Audio for English 5.1. Featuring all 13 episodes from the first season in high definition, as well as a digital code of the season (available in the U.S. only).