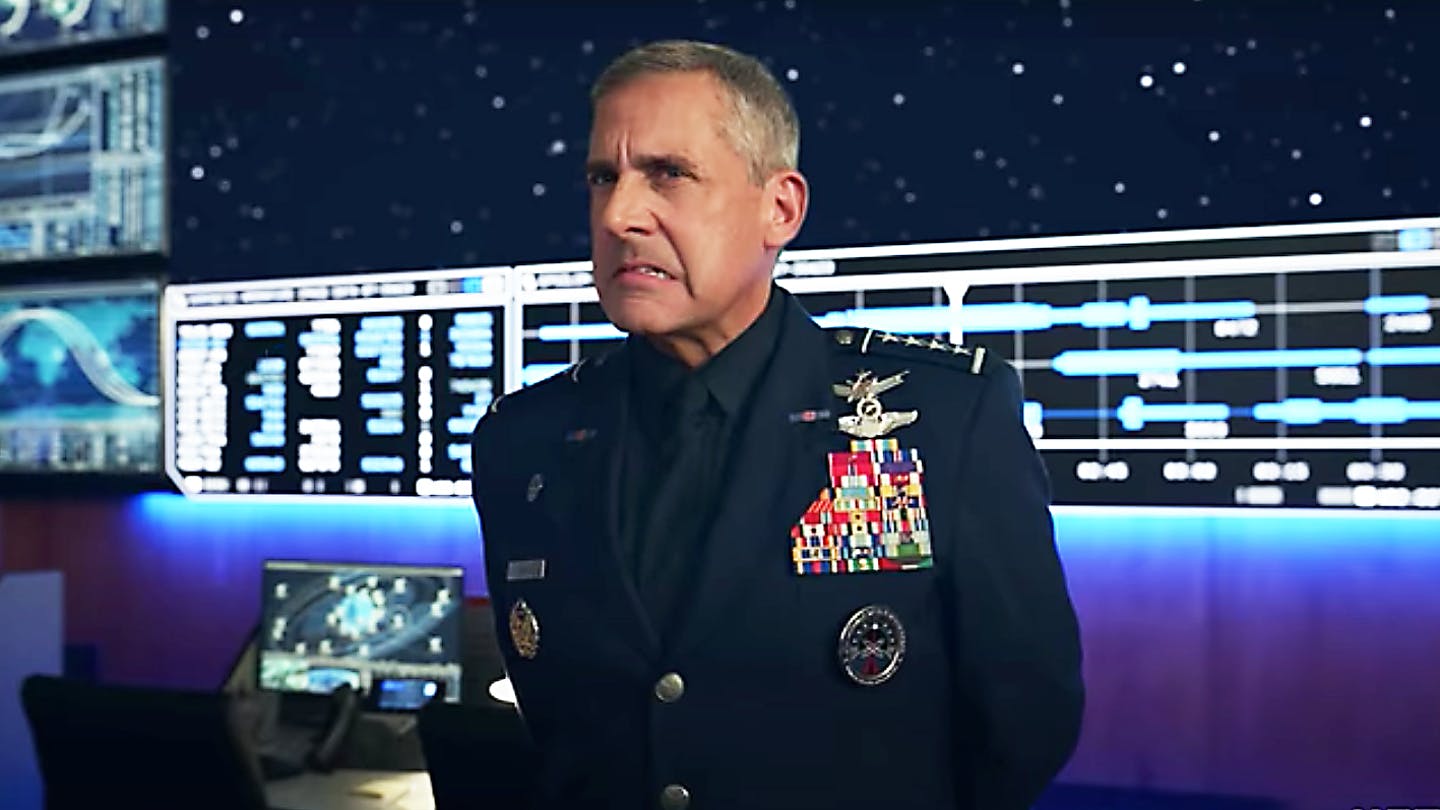 A review on Space Froce that describes the shortcomings of the show and the politcs clearly invovled.

The show does have a plot that viewers will actively be intrigued by, with fairly good performances from all of the actors involved with the project. The humor is at best okay and not Office-esque at all, making the show disappointing, to say the least.

The show is riddled with obvious political jabs that seem to be nothing more, and it can be hard not to cringe, as the references are extremely obvious. As someone who prefers to keep his politics out of his professionalism, I will briefly say that despite which “political affiliation” you identify with, you will enjoy this less if your beliefs lie on the right side of the political spectrum. The references to President Donald Trump and First Lady Melanie Trump are just “POTUS” and “FLOTUS,” which can make viewers feel naïve, as it’s clear who the jokes are referring to outside of the show. There are characters who are obvious re-imaginations of other political figures, such as Alexandria Ocasio-Cortez (yes, the one infamous for the cow-fart energy plan), but they are less “humorous” bashing to say the least. Lastly, there is a character named Duncan, who is portrayed as an unintelligent cadet with “southern” roots who sweetly tries to impress Naird’s daughter. He tries to culture himself by reading news, including ridiculous conspiracies (despite having a good heart), reinforcing the narrative of right-wing people being irrational in the show.

The plot of the show is decent at best. Naird’s wife commits an unknown crime, and he is left to care for their teenage daughter, all while having the responsibility of protecting and progressing America’s presence in space. Naird struggles with his daughter’s stereotypical teenager attitude, the stress of running a military branch, and the idea of an open marriage in the span of a short few months.

The story is fun to follow, as cliffhangers cap each episode to keep viewers tuned in and not “Netflix and chilling.” The show feels more like a drama with occasional awkward jokes thrown in, making it much different than advertised.

While most episodes involve some dig at a right-wing political leader, the problems presented to the main cast are fairly intriguing, considering this is a fictional world.

The one thing I do love about this show are the portrayals by the main group of actors and actresses.

Steve Carell is fairly good throughout the show, as he presents a character who is clearly stressed about all aspects of his life. He takes on the role of a tortured hardened war hero who carries his stresses from his previous life over to his love and family life, making it fun to see Carell outside of his goofy Michael Scott feel. As the show improves, his character’s arc will only get more interesting.

My favorite part about the show is probably John Malkovich’s character. He plays Doctor Adrian Mallory, who works alongside Naird, making a fun duo of “hardened war hero” and “scientist focused on human progression.” Malkovich does an amazing job of representing a character from the LGBT community and is not as ostentatious as some LGBT characters are in other shows. I cannot wait to see the chemistry between Malkovich and Carell progress as the story unfolds.

There are some notable performances beyond the core characters:

Needless to say, the show has some improving to do if it wants to really capture audiences. It should stop alienating people on the right side of politics; that just isn’t smart for a show trying to get the attention of people across the nation, regardless of political affiliation.

The show was not well received anywhere else, so it’s good to know that I’m not the only one who feels this way. Imma give this one a

I am proud to call myself a nerd of so many great things such as Marvel, DC, Transformers, Star Wars, and retro videogames. View all posts by Josh Matthews
Skip back to main navigation