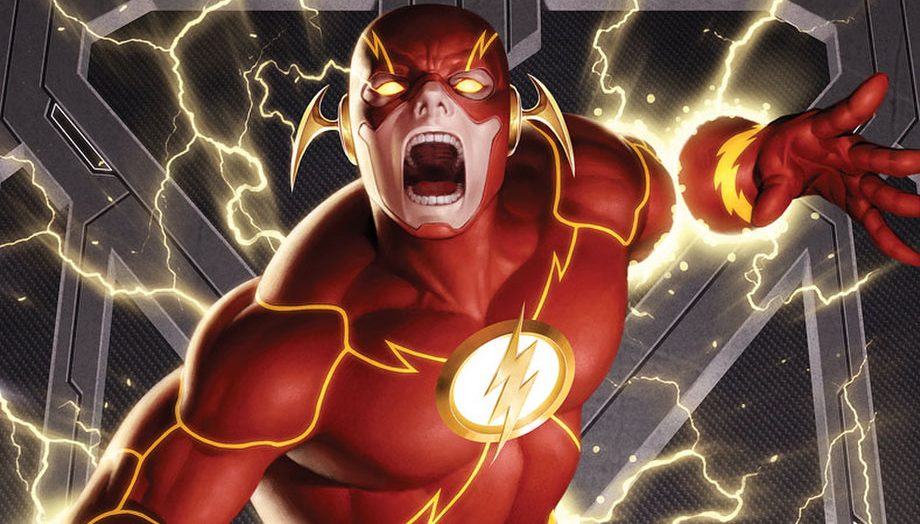 “The Flash Age” definitely showcases some of Joshua Williamson’s best work, as he pits The Flash against one of his toughest foes yet, Paradox.

The Flash Age definitely showcases some of Joshua Williamson’s best work, as he pits The Flash against one of his toughest foes yet, Paradox. This was a six-part story arc that went from #750 to #755 and is action-packed with some amazing fights.

The Flash Age starts off slowly, having citizens explain how The Flash has impacted their life and the superhero means to them. The first issue in this story pretty much summarizes the last year for The Flash and how he’s learned more about his powers along the way. I liked that the plot begins slowly, because you don’t want the story to be going full steam ahead right from the jump.

The story starts to pick up a little more when we see The Flash go up against a familiar friend, but it also felt a bit rushed at the same time. This is also when readers finally get a good look at the newest big bad, Paradox, and a general idea of where the plot is going. Paradox has a solid introduction and, man, he is scary-looking. Artist Christian Duce drew the new villain amazingly, and he looks terrifying.

Wanting to destroy the Flash’s legacy isn’t any easy task, but Paradox is well equipped for the challenge. We follow Paradox as he visits certain points in time, and it shows how important Barry Allen is to the legacy of the Flash. The storytelling is excellent, each character gets time to develop, and that only helps lead into a mind-blowing ending. As I mentioned before, the pacing does start off slow, but it picks up nicely and doesn’t drag. Paradox was actually teased a while back, and it was important that, while giving him his own story, he had a good development without being rushed.

The art compliments the story well, and we get a number of artists putting their own touch on this story. The art varies from issue to issue, and it stays close to the tone of the story. My personal favorite artist is Howard Porter: the way he draws the Flash is something special. Porter drew for issues #752 and was one of two artists on #753. I really like that multiple artists got a chance to participate in this story, but I would have found the story more enjoyable if they had stuck with one artist all the way through. I wasn’t a big fan of the art in Part One of this story. Rafa Sandoval & Stephen Segovia‘s art doesn’t really match up with the rest of the other issues; it doesn’t ruin the story, but it doesn’t really help it either.

The panels had a nice, interesting layout, and I think they helped guide the reader in the right direction. The word bubbles were placed in good spots, and they didn’t take away from the art or the story being told. Steve Wands did a good job with the lettering as well.

Is this story entertaining? Yes, it is. For long-time fans of the Flash, you get to take a sort of trip down memory lane. How the Flash’s legacy plays into this story arc is important, and it was handled well. After reading this story, you will have questions–not about what happened, but of the consequences of the events. I hope they are acknowledged at some point in the future, because if not, certain things that happen in the story will have been pointless. And with Williamson finishing up his run on the flash soon, I don’t think we’ll have those answers, but we can only wait and see.

Overall, The Flash Age has excellent storytelling and good art, and it definitely sets up an epic ending for Joshua Williamson’s Flash run. I think any Flash fan will enjoy this story, but I don’t recommend this as a starting point for new readers. There is a lot you need to know before getting to this story. For new readers, I’d recommend starting at The Flash #70, when “YEAR ONE” starts.

Have you read The Flash Age? If so, what were your thoughts on it? Let me know in the comments!